You can only add comments to public books 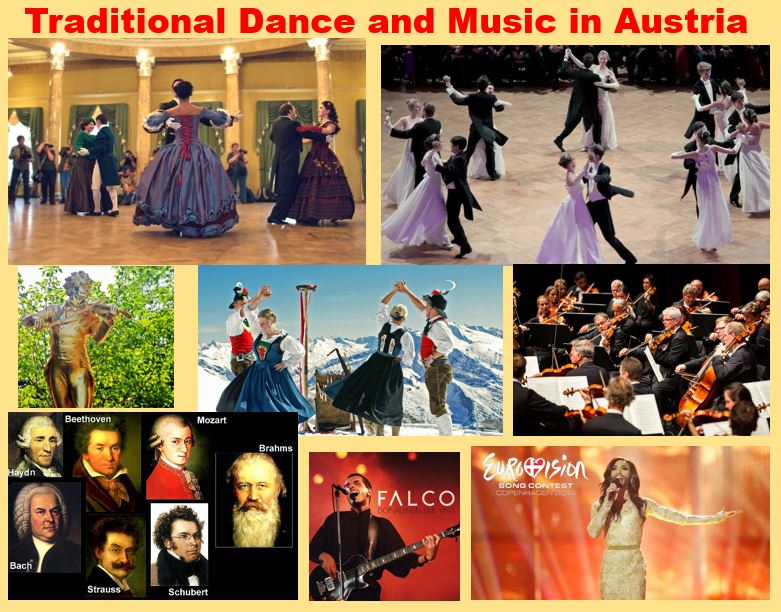 Traditional Dance and Music in Austria 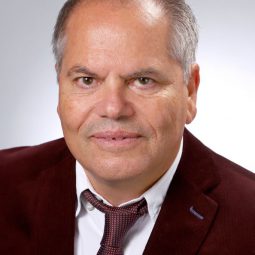 Artwork: Students from the HTL Rankweil, AT - Teacher Hubert Winkler

Teacher at the HTL Rankweil in Austria. My students from the class 1CHBT created this eBook.
Member Since
Apr 2021
Published Books
0 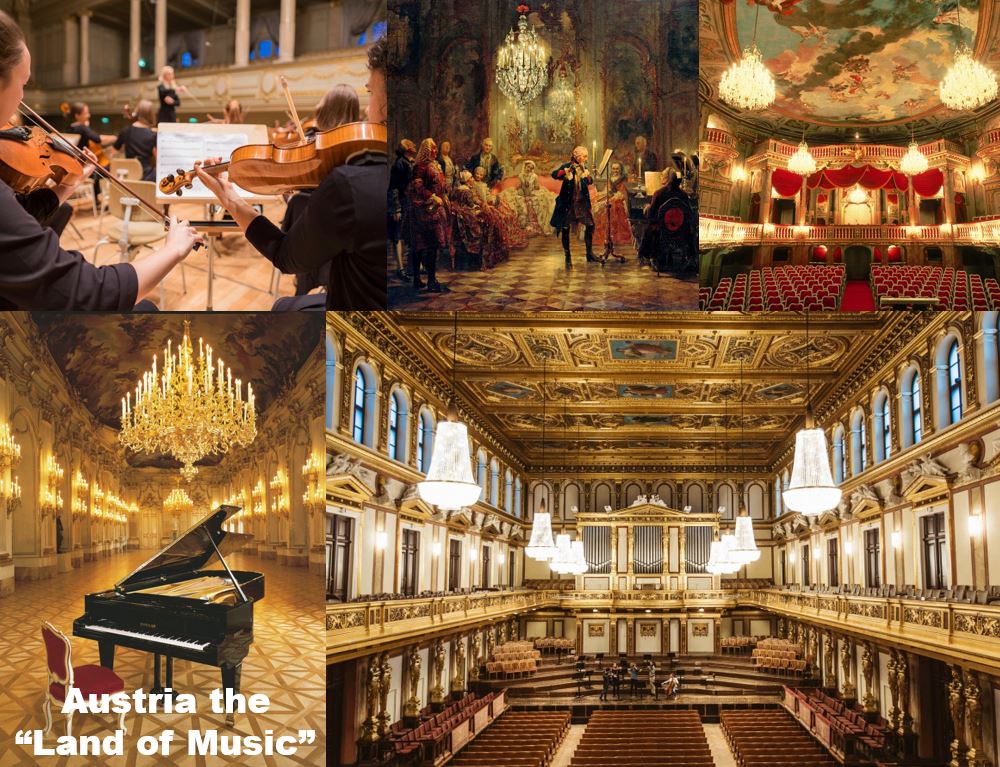 Austria, the “Land of Music”

Austria has a great and worldwide known cultural und musical tradition. This country has emerged well-known composers, which affected the European music history in multifarious ways. Austria, which is often called the “Land of Music”, has many famous festivals and magnificent historic places which can give you the inspiration for the interpretation and understanding of his music.

In this eBook students from the HTL Rankweil will give you some informations about the Music and Dance in Austria.

The class 1CHBT made some Videos during their eTwinning project “Global Tour Bus” form their musical dancing and singing and they show also some professional music song and dance. 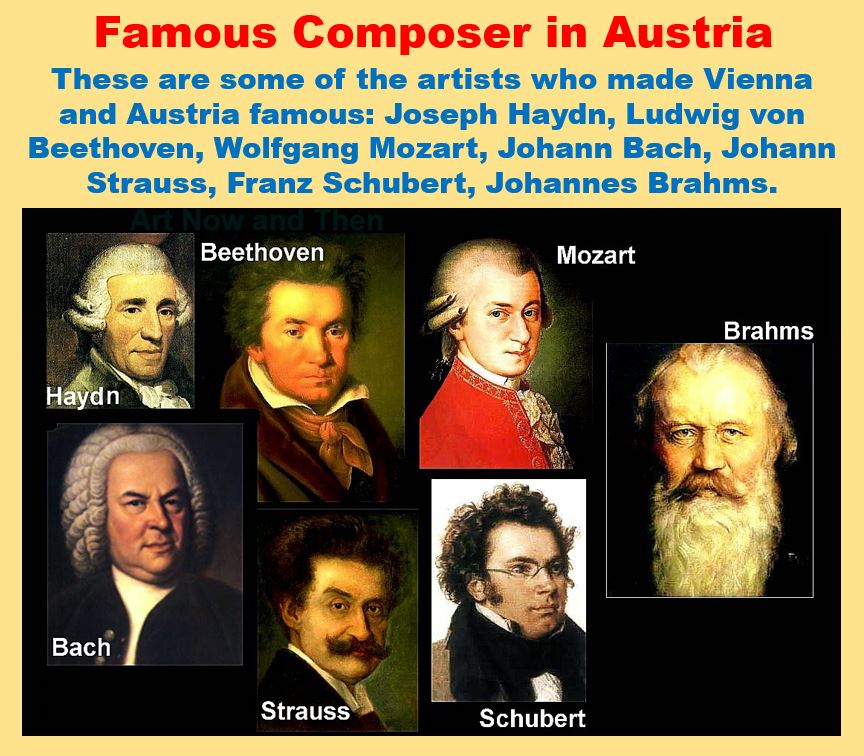 Austria is the most musical country in the world.

No other country can claim such an impressive history of major composers who either came from or made their mark within its borders. The history of classical music might as well be a cultural history of Austria itself. Spanning three centuries, the list of great composers who produced much of their work in Austria is staggering: Haydn, Gluck, Mozart, Schubert, Beethoven, Brahms, Bruckner, Johann Strauss, Mahler, Richard Strauss, Berg, Webern, Schoenberg, Lehar. Vienna has been an important center of musical innovation. 18th- and 19th-century composers were drawn to the city due to the patronage of the Habsburgs and made Vienna the European capital of classical music.

Baroque art commenced around 1600 in most of Europe and around 1650 in Vienna. During the Baroque period and the Habsburg Empire, Slavic and Hungarian folk forms influenced Austrian music. Vienna’s status began its rise as a cultural center in the early 16th century, and was focused around instruments including the lute. 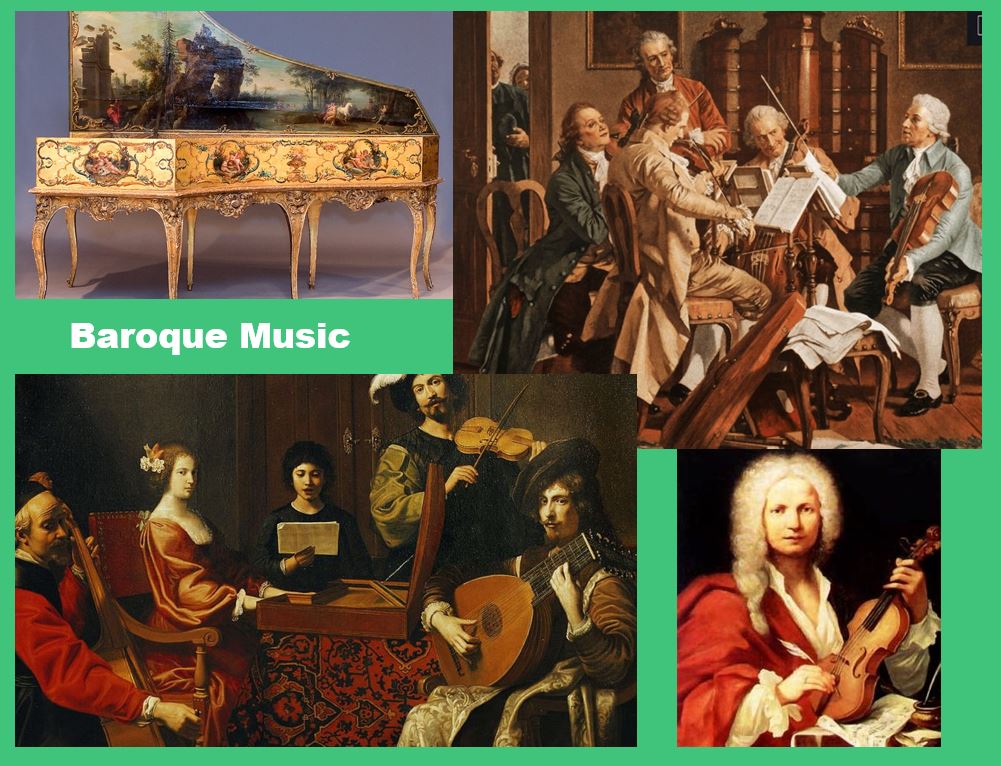 The Lute in Austria

In particular Vienna has been considered the world’s capital of classical music for centuries. The local baroque classical music is warm and vibrant. The baroque lute was a leading instrument at these times. The lute that was prominent in European art  and music of the Renaissance and Baroque periods originated as the Arab ʿūd. This instrument was taken to Europe in the 13th century by way of Spain and by returning crusaders and is still played in Arab countries. Like the ʿūd, the European lute has a deep, pear-shaped body, a neck with a bent-back pegbox, and strings hitched to a tension, or guitar-type, bridge glued to the instrument’s belly. European lutes have a large, circular sound hole cut into the belly and ornamented with a perforated rose carved from the belly’s wood. The main musical function of these lutes was to accompany vocal music. 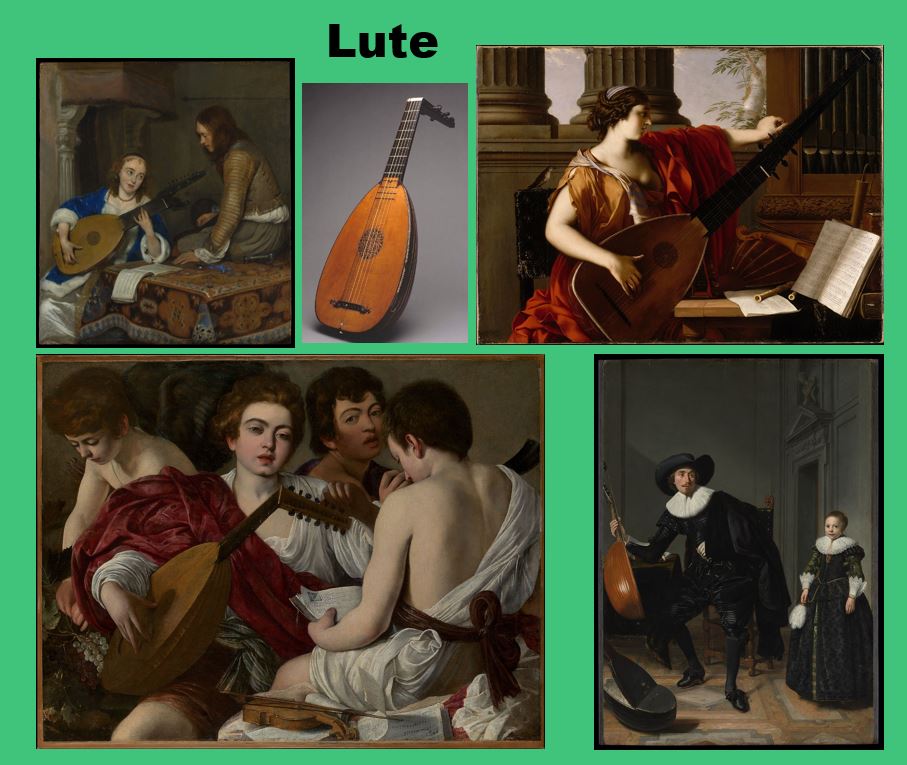 At the next page you can listen to the most famous music pieces from Wolgang Amadeus Mozart.

Salzburg Festival: It intends to present “the best of drama, opera and concert” and has expanded this focus to poetry and other forms of literature in recent years. The Salzburger Festspiele festival is also famous for the performance of the “Jedermann” play in front of the cathedral, which includes the façade into the acting. It is modelled after Medieval passion plays performed around Easter.

Bregenz Festival: This festival offers high-quality opera in an impressive setting and is famous for the large decorations of this stage and the scenic setting in Austria′s mountainous west.

Vienna Festival: the program includes concert, drama and opera from in variety of ages and styles. The opening is traditionally done at an opening concert and event on the “Rathausplatz” (the square in front of the city hall).

Schubert Festival: Another festival of the western-most province Vorarlberg: Specialised on Schubert performances.

Linzer Klangwolke: it is an open-air event, “Visualised Sound Cloud” accompanied by fireworks and light effects.

Donauinselfest Vienna: The Donauinselfest is a festival of modern music that is organised in its current form in Vienna annually since 1984. For three days in early summer, the series of open air concerts by a variety of international, contemporary bands transforms the Donauinsel (“Danube Island”) into Europe′s biggest concert with free entry.

At the next pages you can watch some of these mentioned festivals.

Reinhard Fendrich music is an popular musician with the music style from Austropop. 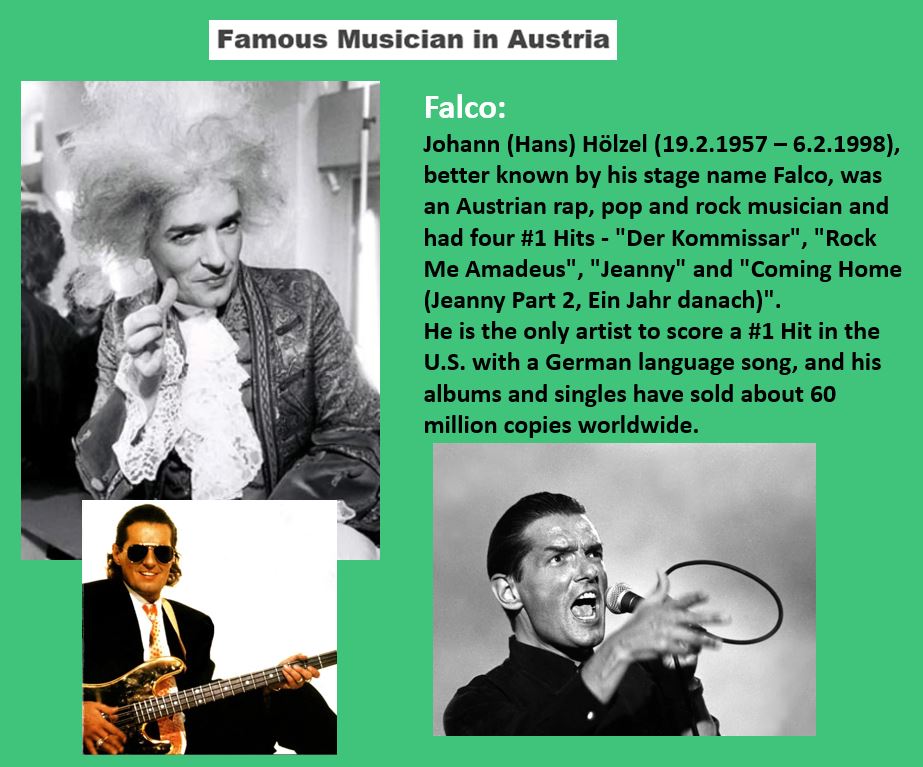 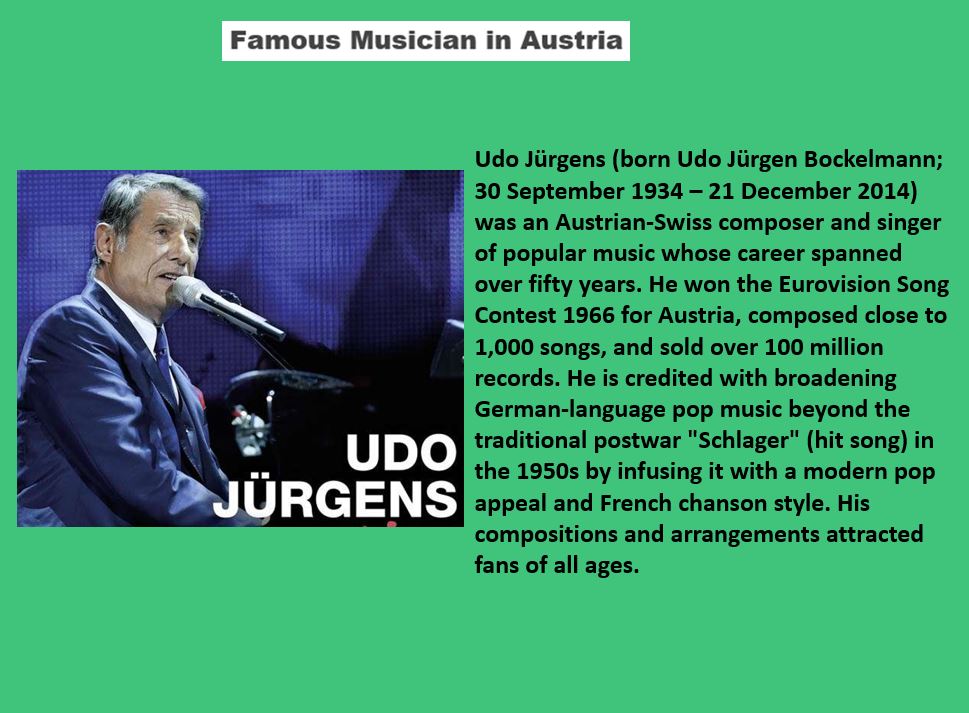 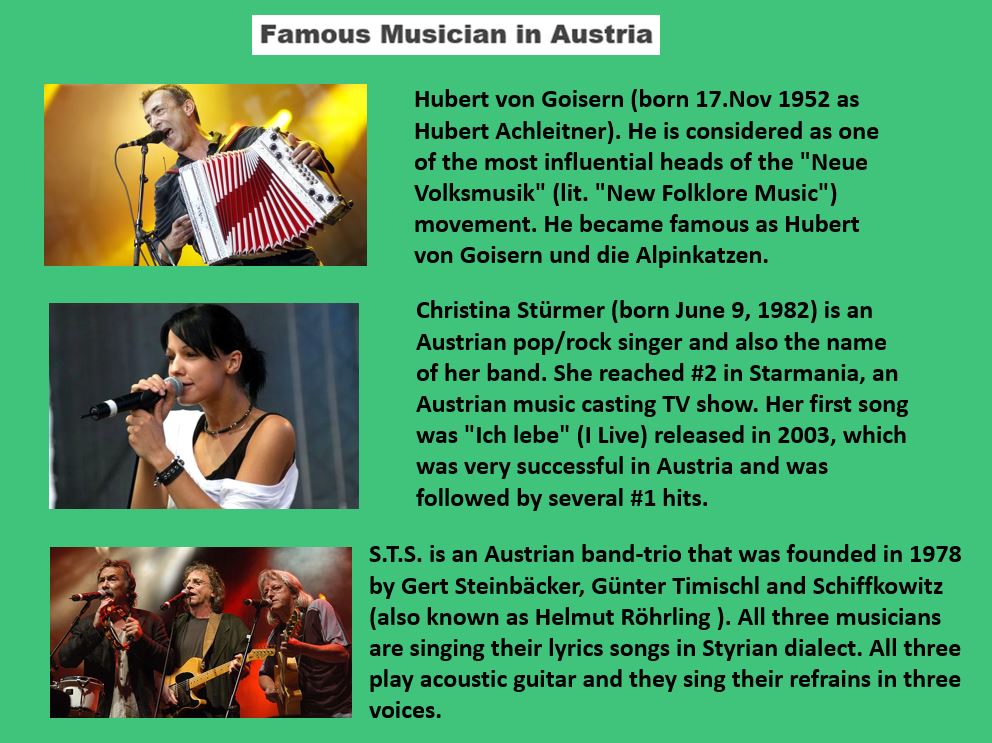 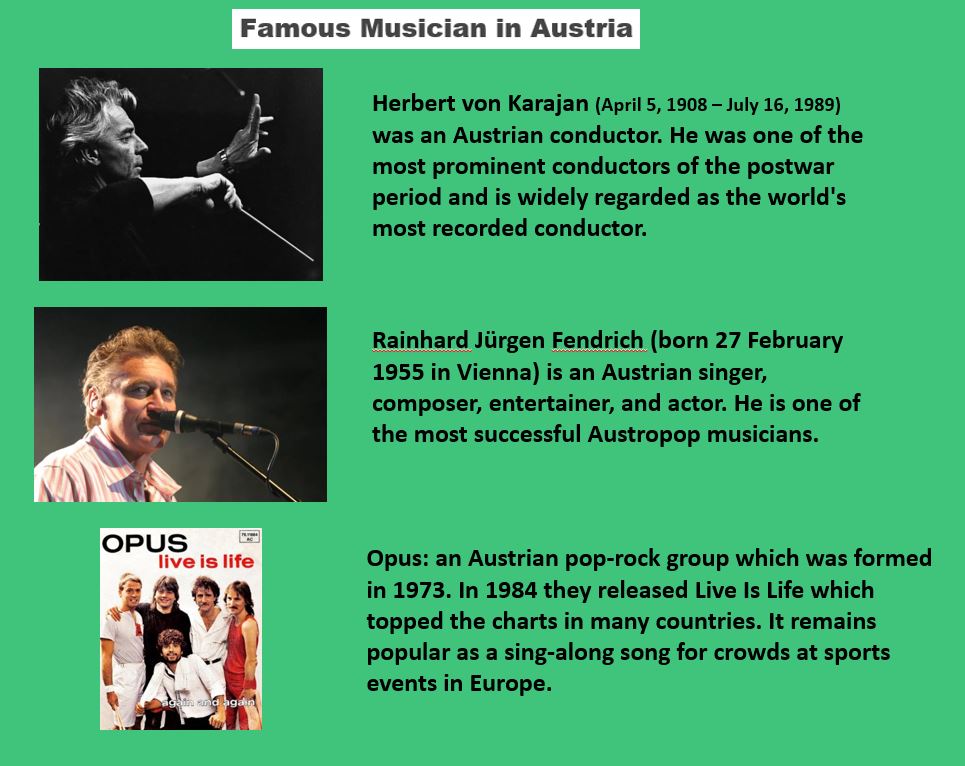 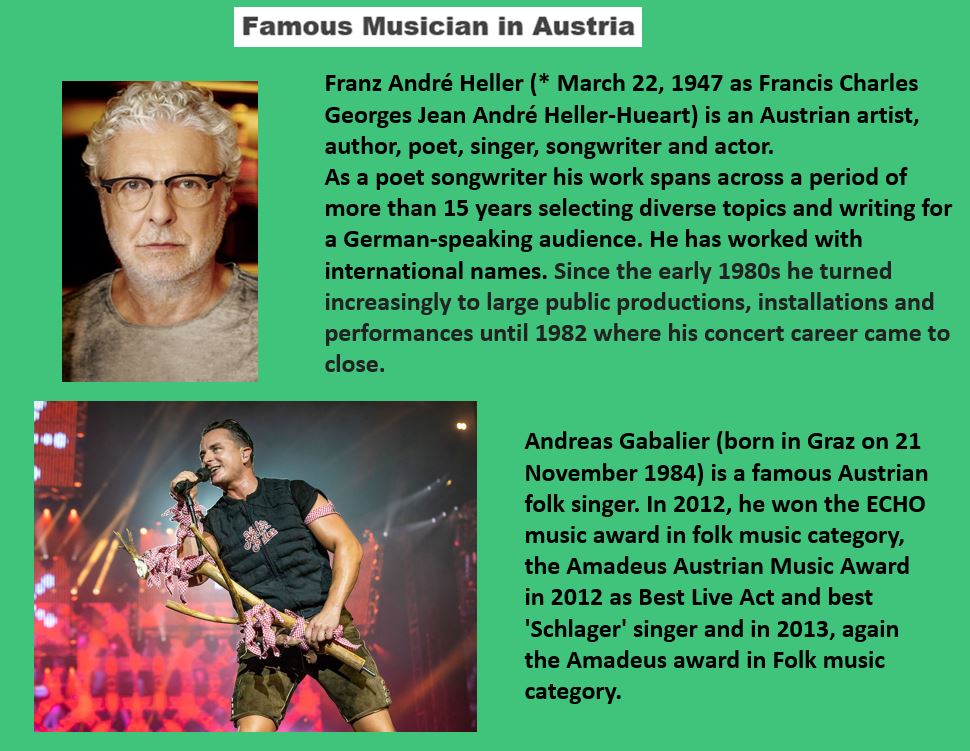 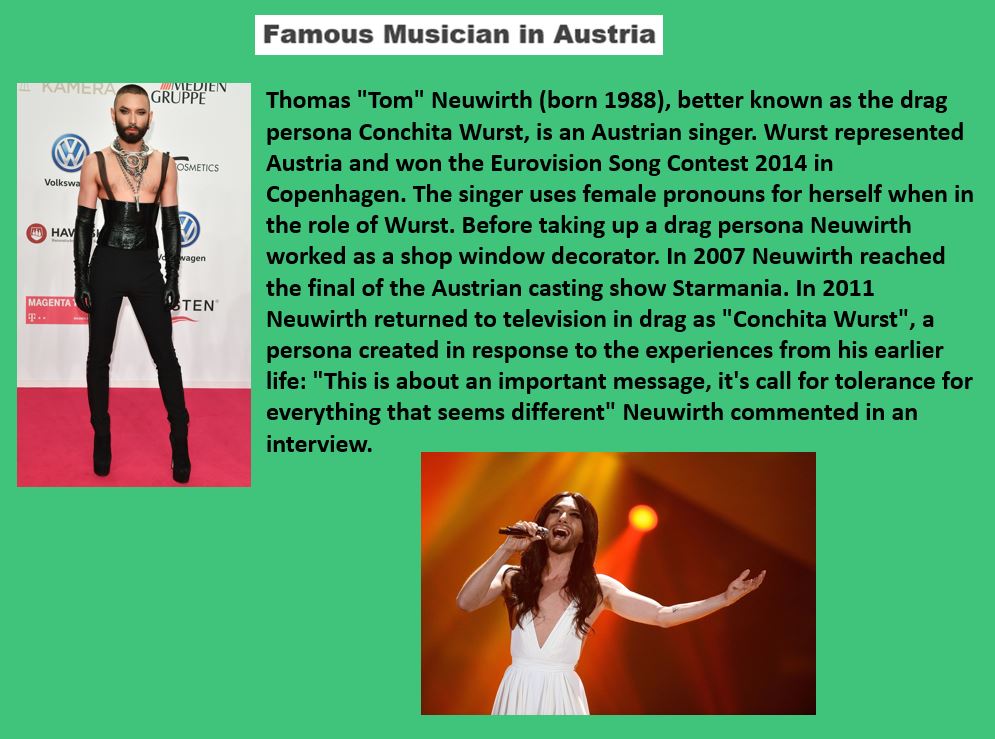 The musician Falco made it to the top of the charts in Austria, Germany and Switzerland and also in the US and has remained the only Austrian in this respect until today.

Austrian music industry shows diversity genres of music. Especially in the areas of pop, rock, hits and hip-hop, numerous influences and achievements have been recorded over the past decades. One movement deserves special mention: Austropop. Austropop has been a common name for pop music from Austria since the 1960s and has been associated for songs with a clearly recognizable Austrian dialect in the past. Among the most famous representatives of Austropop are Rainhard Fendrich, Georg Danzer, Wolfgang Ambros, E.A.V., Peter Cornelius, S.T.S. and Ludwig Hirsch. The band Opus achieved international success with their hit Live is life. Austropop in a modern form revive Wanda, Pizzera & Jaus as well as Seiler und Speer. In the field of hits, the singer Udo Jürgens was able to prove himself over decades and within the entire German-speaking area.

Sold-out stadiums and millions of fans can be shown by the self-proclaimed “folk rock’n’roller” Andreas Gabalier. With a mix of hits, pop and Austrian folk music, the Carinthian-born artist is successful beyond his own national borders. Parov Stelar, Klangkarussell and MÖWE, on the other hand, mix up national and international clubs and festivals with their electronic sounds. With several number one hits, Austrian rapper RAF Camora is currently one of the most successful rappers in the German-speaking area.

Anyone looking for authentic and modern folk music from Austria is best off with Hubert von Goisern’s music. In his songs, the Upper Austrian presents Austrian folk music and alpine rock in a lively and rocky way and not least lets numerous international influences and music styles such as reggae, jazz and soul flow into his works.

In the decades since the Third Man catapulted Austrian zither player Anton Karas to fame, Austria has launched one international success after another. Fans around the world adore the hip-hop-tinged pop of Falco, the electronic stylings of Christian Fennesz, and the electro swing of Parov Stelar. Innovative sounds by some of Austria’s hottest contemporary bands range from Viennese Soul and funky R&B Pop to the punk-crossed strains of accordian-based Alpunk (Alpine punk). Today’s young and vibrant music scene has looked to Austrian tradition and music from around the world–and radically modernized it, contributing fresh notes to Austria’s enviable legacy of music.

Casablanca, Robin Hood or The Third Man – these award-winning films have one thing in common: the accompanying music was written by Austrian composers. Max Steiner is probably one of the best known Austrian composers and is considered to be the “father of film music” in Hollywood. With his music soundtracks to Casablanca, Gone with the Wind, King Kong and numerous other Hollywood films, he has not only given millions of people goose bumps, but has also inspired and influenced renowned artists such as Hans Zimmer and John Williams to this day.

Beyond orchestra and opera, Austrian music pervades all walks of life, wherever people like to gather, dance and celebrate. Melancholy Schrammelmusik is performed by small groups of two or three, using little more than an accordion and a guitar. It is strongly associated with Heurigens to this day.

The Ländler, a rural dance form, is thought to have contributed to the waltz, another uniquely Austrian invention. And don’t forget the famous Alpine form known as the yodel.

At the next pages you will see some performance from our students at school. With this performance they want to show to the other European School some fun with traditional dance and music.

We hope you enjoy it and of course we are not so experienced and just like sometimes this type of dance and music.

In our daily life we listen modern music and our official dancing course at school will start next year, with the age of 15 years. 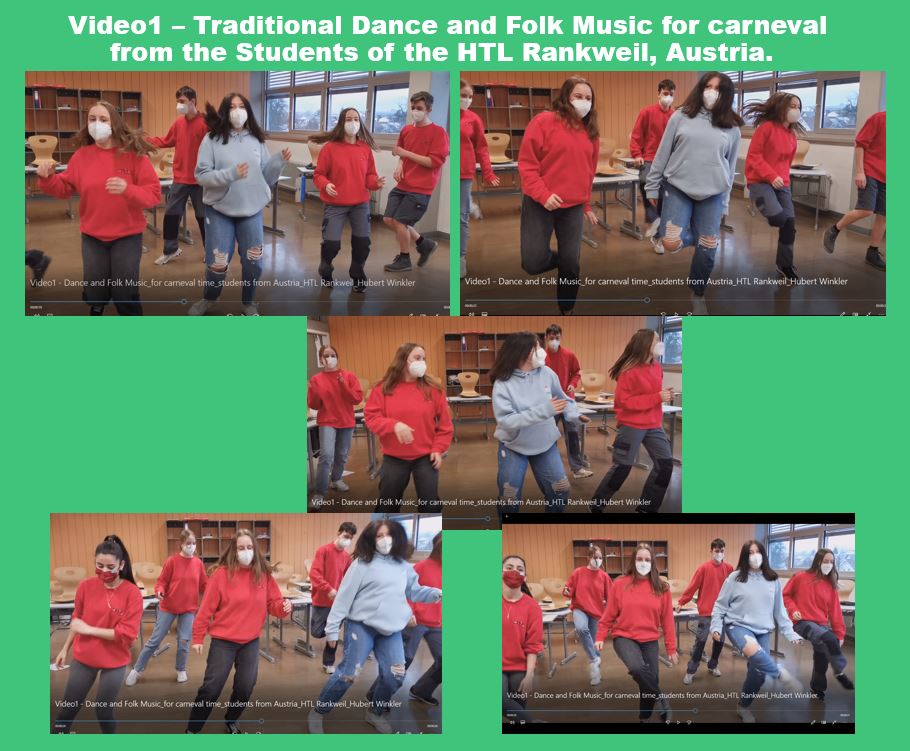 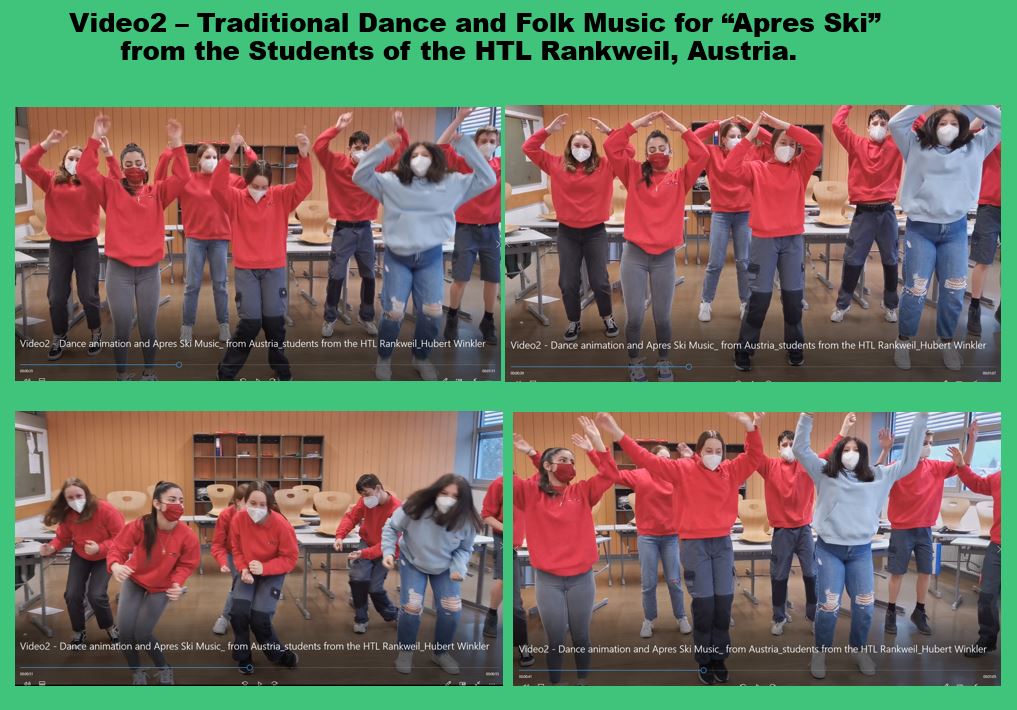 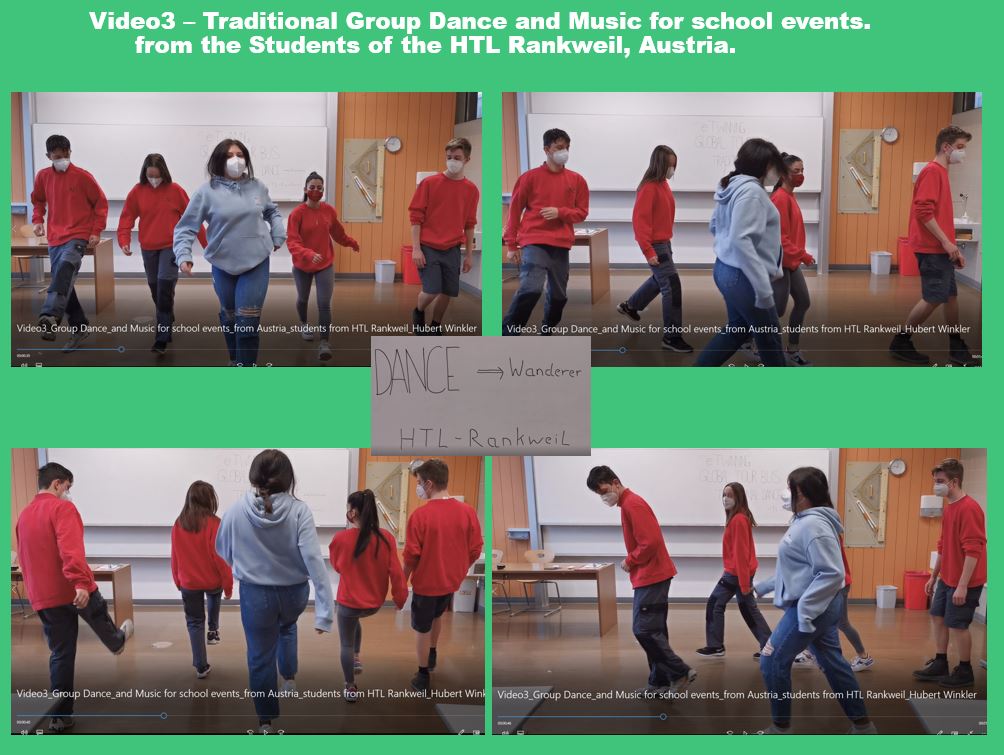 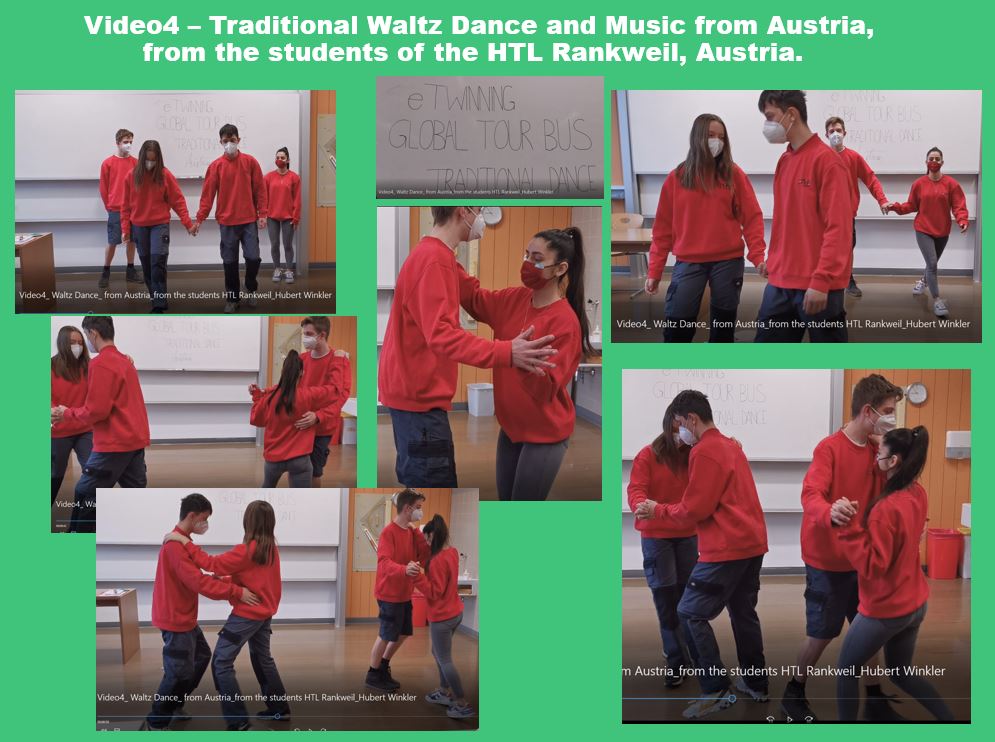 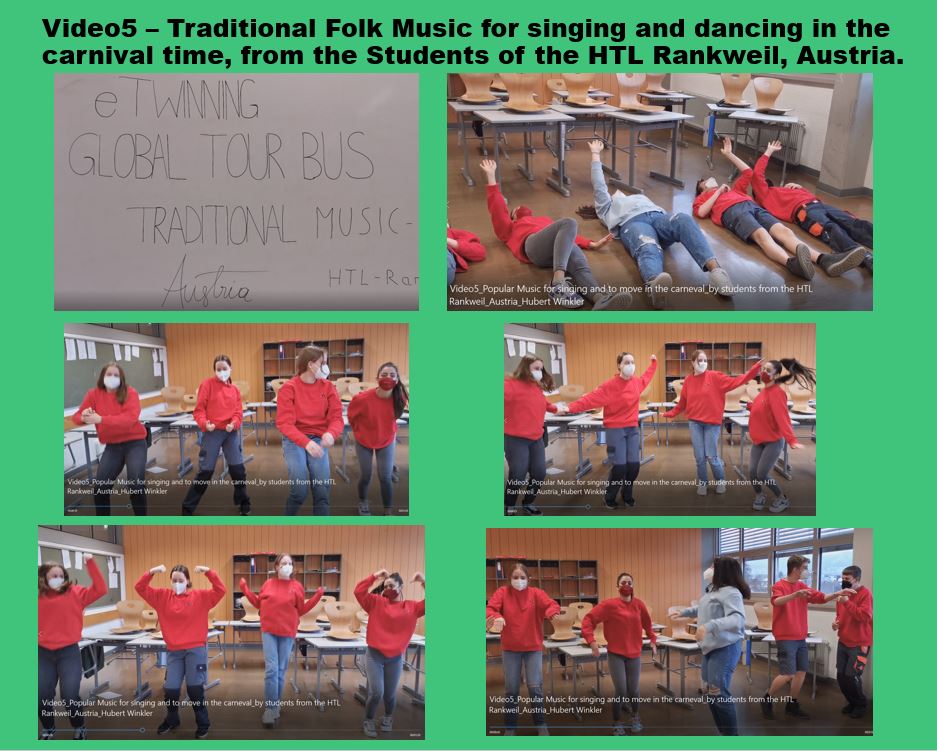 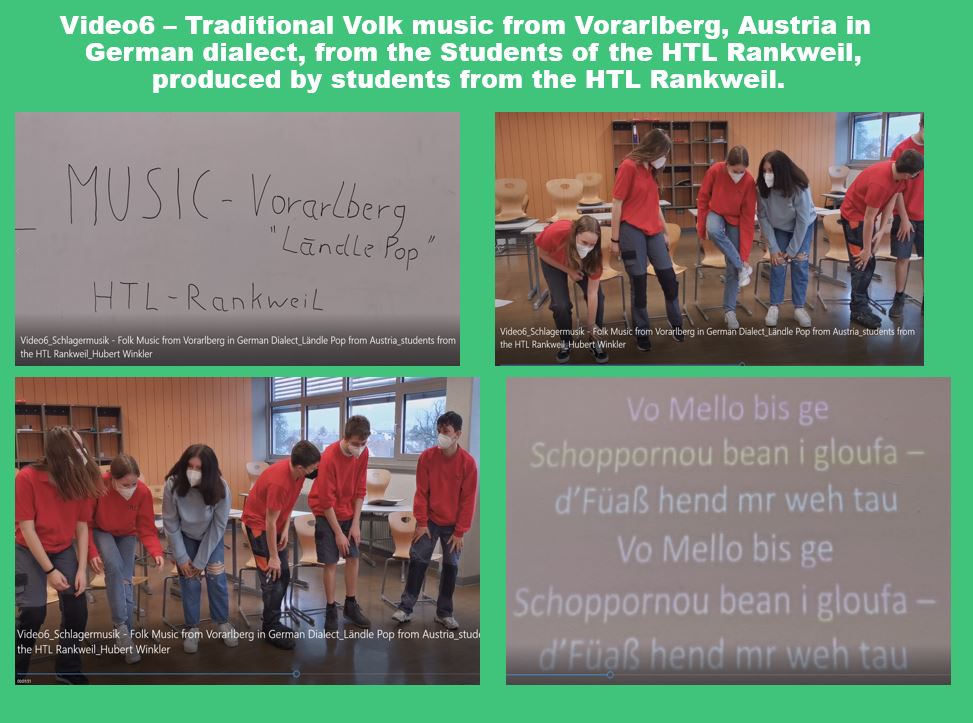 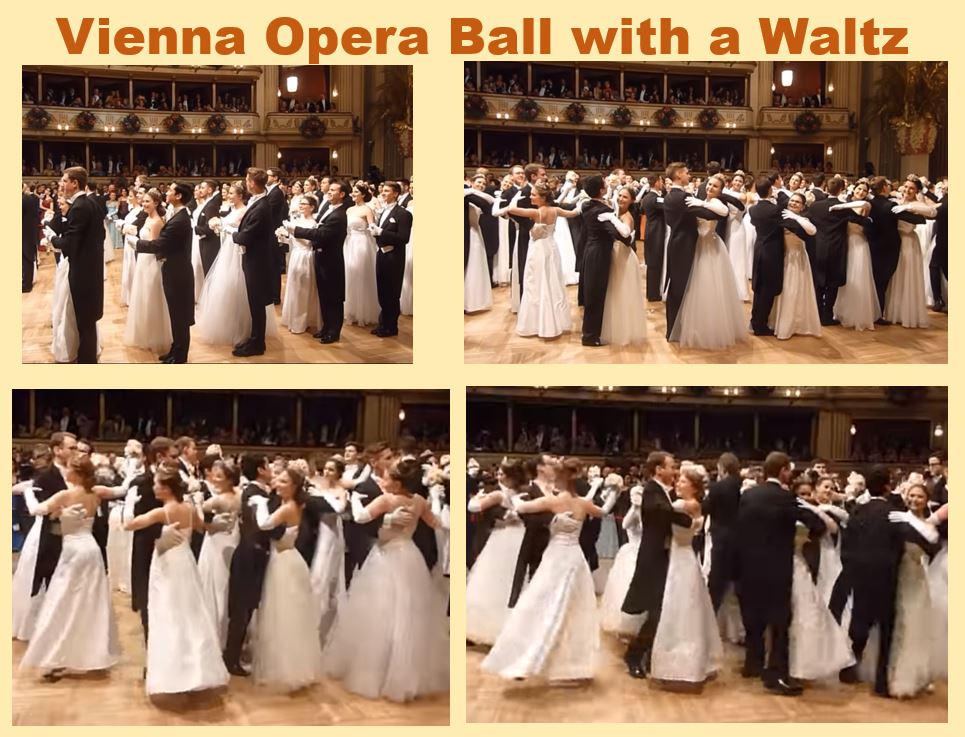 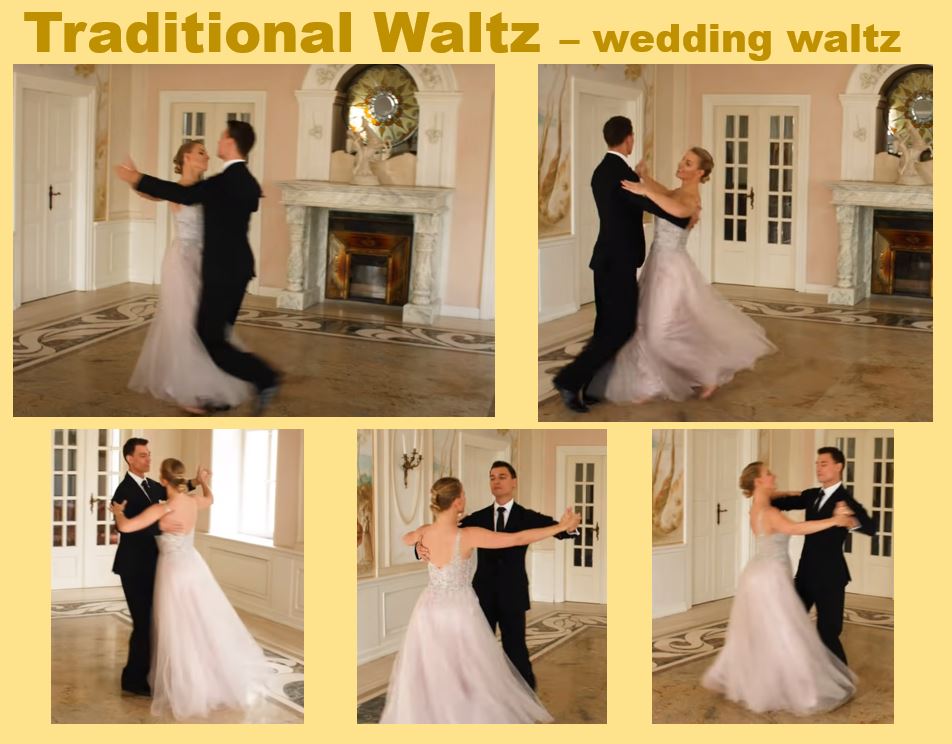 We recommend a visit to the Vienna Hofburg Orchestra or the Vienna Philharmonic. At different locations that are full of history and at the same time full of atmosphere, as for example the Vienna State Opera or the Vienna Konzerthaus, one dives into the world of classical music for a few hours. Those who like operettas should pay a visit to the Volksoper. In many Austrian cities are also music events like the Mirabell Palace Concerts in Salzburg or at the Festspielhaus in St. Pölten.

Very famous are also the concerts from the Wiener Sängerknaben. For more than 500 years, boys between the ages of nine and fourteen have been trained year after year to become choirboys and perform primarily classical operettas, but also world music and pop. In addition to the annual tours, the Boys’ Choir regularly performs in the concert hall “MuTh” and in the Vienna Hofburgkapelle. Those who are interested in classical music should definitely consider a visit. Absolutely worth seeing!

“If music be the food of love, play on.”

“Music gives a soul to the universe,

wings to the mind,

flight to the imagination,

and life to everything.”

I hope you enjoyed our ebook.