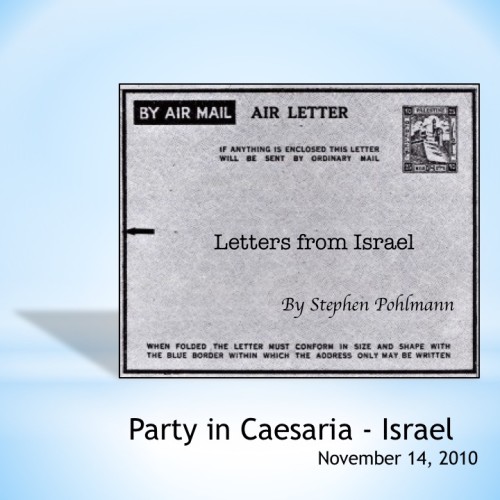 As if we didn’t have enough to complain about….

Or…to put it another way, our prayers were answered.

You may have read about the interfaith collusion that was going on in Israel, begging God to send us some rain. The tragic fire last week, which today claimed its 43r victim, was the culmination of many months of drought in the Middle East. Arson or not, the fires went out of control, and Israel, the Israel that fights and defends so well, was totally unprepared. The pictures from my brother- and sister-in-laws’ homes were proof enough.

The pictures from my brother- and sister-in-laws’ homes were proof enough.

It was finally the rains that killed the fire.

The rains are now part of the violent storms hitting us. One died in Lebanon, several in Egypt; many injured across the region. Enormous damage. And I was hauled out of bed this morning by Aviva, insisting that I ‘dive’ into the water in the roof that had accumulated, caused by a quite obvious plug to the drainage system.

Have you ever noticed that no matter how cold and deep and dirty the water, once you’re in, you don’t seem to care. Well, that was me this morning. And I’m glad, for your sakes, that there was no camera nearby. Suffice to say that the gunge has cleared, the roof is swept and tidy again, and the damage hidden.

I was in the States last week. Spent time with a good friend who happens to be Jewish and happens to be a supporter of Israel. But, not surprisingly, he is very critical of some of Israel’s policies. Well, aren’t we all. That’s what democracy and democratic opposition is all about. But the main subject, as usual, is ‘the settlements’.

I must admit that I too, especially in my quieter moments, when a good coffee lulls me into thinking that there is hope for peace, I wish that the religious zealots in the West Bank would shut up and obey, so that we can get on with peace negotiations. At least for the sake of diplomacy.

Then the coffee wears off, and I realise that we’re all missing the point. And just for the sake of reminding everyone of the realities, I really do wish we’d extend the settlement freeze, in order to prove to the World that peace does NOT depend on that. Never did, never will.

I’ve written so often about the realities. Time and again, when the Palestinians had a chance for peace – a glimpse of peace – they threw it back and basically said, it’s all or nothing. And  their version of ‘all’ was nowhere near what the UN democratically demanded of everyone way back when.

This version of ‘give and take’ (he gives all, she takes all – or vice versa, of course) cannot be expected to go on for ever. They have to accept compromise, reflecting the realties on the ground. They don’t want Israel to keep reminding them of history. Well, they also have had their chance. Peace in the area will have to mean compromise on the West Bank issue.

And, with the weather acting up as it is, I’ll vote for a further freeze….

Btw, back to the weather…another friend pointed out the international aid Israel received during the horror fire, including from its unfriendly neighbours. He was hopeful that this would be a (different) road to peace.

We have thousands of such friendly contacts every day. Apart from the mix of our population, there are continuous events and attempts to bring the peoples together. A strange one happened last weekend, when 60 kids from 2 each Israeli and Palestinian towns played cricket together. Yes, cricket. The event was organised by the Israel Cricket Assn., plus the (Shimon) Peres Center for Peace and Al-Quds Assn.

For Democracy and Dialog. The children already have twice-weekly sessions in their own schools, and will meet monthly in Beersheba for matches and a structured programme for peace activities.

Oh, we have plenty of examples of peace attempts – at all levels.