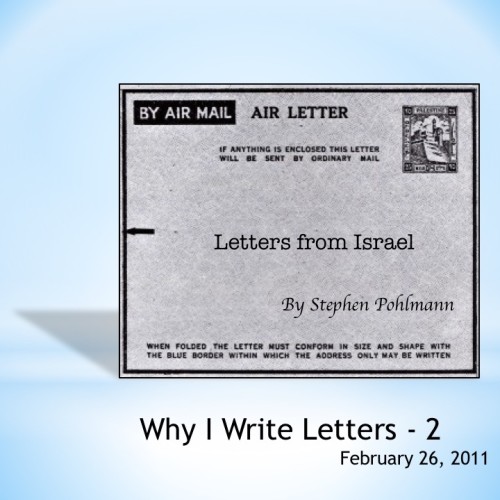 Dear people out there

b) Katzenberg has ‘changed’ the word’s meaning) –

THIS is why I write the letter. The more I see, the more I see that views can be very unbalanced. And it takes a person who cares, who is involved, to point this out – whatever/wherever the subject. It is common for a person to want to counter misleading images and opinions of their home/their country. I believe that, in Israel’s case, it’s extreme.

I’ve deleted names in the following email exchange, although I doubt that the person would mind ‘being exposed’. The red parts are personal – not relevant – but left in to make the exchange complete.

The final email’s block text sums it all up, but perhaps you have the time to read what brought it on.

I can’t remember whether any of you are on the mailing list for my ‘Letter from Israel’.

Been sending it out for many years, trying to ‘defend’ against the global anti-Israel sentiments, and trying to balance the ignorance about this place.

Here’s the one I sent out yesterday. Don’t HAVE to read it – we all get so many b. emails. But if you do, hope you appreciate it. And if you want to be on the mailing list, it’s just a keyboard button away…

You have fallen into the trap. But you are not alone.

The ‘settlements’ may be politically wrong, but in every other sense, it’s a load of c..p.

But I’m off to 2 Requiems now – Brahms and Faure.

Maybe someone needs to remind the Israeli government that settlements can ultimately lead to disaster — just look at the never-ending situation right now in our own United Kingdom.  So Northern Ireland has been relatively quiet lately.  Well ain’t that good news.  We’re the ones who have to live with this garbage thanks to some bunch of wanna-be heroes who, hundreds of years ago, came up with their brilliant idea for the “correct” way to bring Ireland, a foreign country, directly under the control of Britain.  Then, of course, they convenient died leaving future generations to worry about the resulting fallout.

settlements.  And although I have long admitted that my knowledge of that

part of the world leaves much to be desired, I do know that there are many in Israel

who are just as opposed to this idea as I am.

By the way, how was that recital?  I just saw a lovely, eight-year-old girl play the

piano at Carnegie Hall and, damn, she was good.

The Requiems were excellent. Young, very attractive, tall blonde Canadian female, conducting Jerusalem Symphony. Logical to combine Brahms and Faure, ad they both only require 2 soloists (soprano & baritone). Faure could have been a little ‘faster’, but then the time to the interval would have been too short…

Carnegie – got great memories of that wonderful place…

Sorry, but you’re on the wrong track with the West Bank. You’re forgetting what created it, who occupied it from ’48-’67 and what would happen if we would get out.

We offered to leave the territories immediately after the 67 war, before settlement started, and got the famous ‘3 no’s’ from the Arab League meeting in Khartoum.

·         When you keep on starting a war, once in a while you gotta accept the consequences.

With what’s going on now across the M. East, how about taking a step back and realising the unbelievable concentration of Israel-bashing by the intl community, compared to the pathetic coddling of the despots now under such threat, from Egypt to Saudi, Iran to Libya. Israel ain’t perfect, although, under the very extraordinary circumstances of the last 100 years, I think it’s done incredibly well. But, e.g., to vote Libya to the UN’s Security Council in 2008 and making Ghaddafi head of the African Union in 2009 does rather make a mockery of ‘them out there.

Oh, I did not want to write all this – I’m real busy.  But I shall add what I wrote today to the Jerusalem Post in response to a ridiculously left-wing and naive prediction of riots in the West Bank…

Sir –It seems Larry Derfner’s been in a train crash (“People get ready – there’s a train a-comin'” – Feb 24), and appears to have suffered concussion.

Right now, anything’s possible – yes, even the West Bank Intifada that Larry not only predicts but hopes for. Also possible, and at least as likely, is that the terrific Israeli Army will have the discipline to welcome the Arab’s ‘cries for democracy’ with baskets of flowers and cups of ‘café shachor’. Some sticks and stones will be used; the Israeli soldier’s suffering will be there for all to see.

The danger lies more in the armed and extreme elements of the settlers. The army’s disciplined way of handling that problem will also be there for all to see.

Larry’s continued casual and misleading reference to Israel’s ‘occupation’ shows that he does not get it. If the future of the Middle East is intolerance, with all Arab countries ‘Judenrein’, then we have a problem. (And I would not like to be in the Egyptians Christian Copts’ shoes, either).

Israel is one of the very few countries in the Middle East where it’s minorities live in relative peace – despite the extraordinary circumstances. The West Bank Arabs once again have a chance to prove that they deserve a country.

I do appreciate your pointing out my “errors” concerning Israel. I do have plenty to learn.  I often wonder how you and my friend, Jackie, a Jewish girl who is highly critical of Israel, would get along together.  Haven’t seen Jackie in a long time.

I did throughly enjoy watching ordinary Egyptians finally rebel against their leader.  And did you know that Kaddafi’s son bought himself a $16m. mansion in London while 30 % of his people are living below the poverty line?

Have to admit that, at my age and after all those years at Fordham University, learning the ins and outs concerning yet another corner of this screwed-up world doesn’t exactly turn me on.  So I’m going to rely on you to correct any further misconceptions I may have concerning Israel and that entire area.