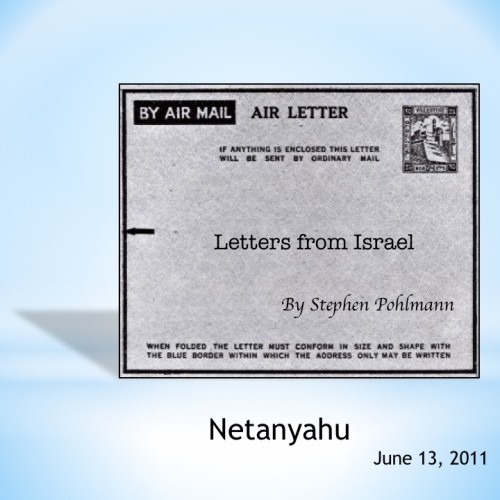 IT’S A SHAME THAT ONLY 800 HAVE SEEN THIS VIDEO.  SHOULD BE 8 MILLION

OK, so only a few of you will take the time and interest to watch Netanyahu being interviewed on YouTube.

So what’s new. I understand that; we have so little time for anything these days. So how come so many have time then to criticise Israel??

But first, have a look at me sweating to be a good roof gardener (which I am not) – have a look at this strange flower that appeared on some cactus-like plant we have – and have a look at my one rose bush, which has never been so prolific.

Make peace with the Palestinians, ‘they’ demand of Israel. Today, Hamas totally rejected Fatah’s choice for Palestinian Presidency. So much for the handshake in Egypt. I think we should wait just a little longer before trusting their accord.

Netanyahu was asked what his most important moment in life was – and without hesitation, he reminded us of the death of his brother ‘Yoni’, the hero of the Entebbe rescue so many years ago. Yoni’s belief that terrorism must be fought politically, not only militarily – and he died believing so.

It so happens that we were invited to friends a few days ago, and one of the two other couples was Ido Netanyahu, the Prime Minister’s brother, and his wife, Dafna. She runs a magazine called ‘The Mirror’ (in Hebrew), with the same ambition as I: to tell the truth to those who have difficulty recognising it. The only difference is that her target audience is Hebrew-speaking.

Ido is a doctor and a playwright, with similar views to his ‘right-of-centre’ brother. That is because their father, Benzion, now aged 101, is a right-wing historian.

The other couple were also interesting. He is a retired Israeli Air Force pilot and then worked with Israeli Aircraft Industries. And now? He’s taking up studying history.

Why interesting? Because one of his favourite subjects is New History. Whichever way you look at this ‘movement’, it does illustrate that historians are not by nature neutral. They have opinions. So that when they write, read or teach history, it is usually with a biased mind which, in turn, will influence those around them – especially their children.

Tel Aviv was, last Friday, host to the annual Gay Parade. Certainly boosted the tourist trade, with over 5,000 visitors from overseas who came in specially for the event, knowing that it is one of the best and most ‘open’ in the World. For the first time, the Orthodox religious community had not just a quiet walk on the side, but their own dramatic float.

It may have seemed to you a joke, but the email I passed on earlier, the ‘One State Solution’ is not as far-fetched an idea as you would think. Israel really is the only country in the Middle East, with full legal rights for all its citizens, including those minority groups called Arabs, Sudanese refuges, Gays, Ethiopians, and….oh yes, women.