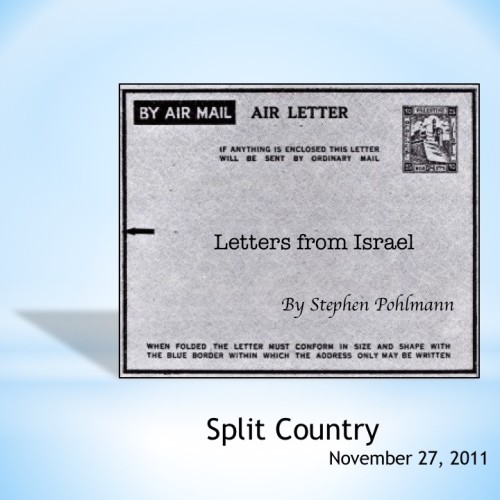 It’s a fairly simple split – the passionate support for Gilad Schalit’s family on one side. ‘If I were his parents, Noam and Aviva, I would do the same’ is easy to say.

When you free over 1,000 Palestinian prisoners, the majority of whom have blood on their hands, have killed in the name of Allah, the chances of just one doing it again are rather high. And many parents are crying now, as the killer of their son is now home and free.

So, did Israel win any kudos out there? I was out there. I read a few foreign papers. Hardly one gave Israel kudos. Naïve, perhaps, in the quest for decency. But few thought this was ‘clever politics’.

Defence  Minister, Ehud Barak says that this will not happen again. (Will he be a Thatcher and say we shall not negotiate with terrorists, or will he just agree to hand over 650 instead of 1,000?). I am already sorry for the parents of the next soldier to be seized.

I am disgusted at Abu Mazen, Mr. Abbas, the moderate, who has now lost much ground to the deadly rivals, Hamas. He went around hugging all the freed Palestinians. This is the supposed President of the new Palestinian state, hugging and kissing known (I repeat, known) criminals. (the world wasn’t too happy when the released Lockerbie bomber arrived in Libya to hugs and kisses…).

And I am shocked at those political pundits who now say that Hamas has gained so much over Fatah because of this ‘prisoner exchange’. They may be right, when referring to the opinions of the Palestinian ‘people in the streets’. But it does not say much for the future, when such criminality is praised.

I go for the peacemaker every time.

I may have some nice pics for you next week. Today, the first of 2 groups of inside sales staff from my customer in Holland are arriving here for a long weekend of fun. We’ll show them Jerusalem, the Dead Sea and the Negev, Haifa and the Galilee – and they’ll swing at night.

Yesterday, 3 Grad rockets were fired from Gaza – even into Ashdod! (Check the maps). I hope the Dutch were too busy packing to read/hear the news.

(Do you know how many hundreds of rockets have been fired into Israel since the supposed ceasefire?  Why should you know? At best, in one ear and out the other. Come and spend a day with me within range of these random rockets….).

That Egyptian TV interview with Gilad Schalit, just minutes after his arrival on local soil. I know of no one who was not disgusted at this blatant PR opportunity. And, I think most would agree, that the interviewer was an Egyptian version of Barbara Walters, plus national flag, of course.

Well, her name is Shahira Amin, and had the ‘guts’ to write an open letter to the Jerusalem Post (and others?) to defend her action. A well-written letter, I must admit. Wrote all the right things.

But, in my opinion, it’s like the BBC correspondent who was a dinner guest of a friend of mine in England, and who apologised the next day after being literally thrown out, following anti-Semitic remarks. He blamed the alcohol.

And Dior’s John Galliano. Same thing. Perhaps Shahira was scared to lose her job. But what she did with/to Gilad Schalit and his family was WRONG!