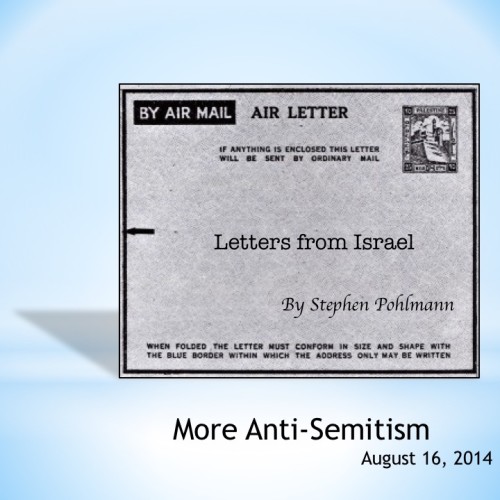 I’m taken liberty of cc-ing ALL. I KNOW this is not liked, and I shall rarely repeat it. But…

Ted’s forwarding of this information about the Gazan tunnels is another so important reminder of what is going on here, and what Israel is having to endure.

Even after living in Israel on and off since early 80’s, I still consider myself a ‘well-travelled’ Englishman. Were I a Palestinian, I’d more than likely still be in a specially-run (not ‘protected’, but ‘run’) UN refugee camp. I’m a ‘child’ of refugees from Hitler, who were so embraced by their adopted home, that, only after perhaps 30 years in UK, I consider myself British. (My brother left in 1964, aged 22, for Canada. Only 22 years in UK, yet the same story).

So that’s the first point. The UN and rest-of-World community must stop supporting Palestinians’ refugee status. Those in Palestine should get Palestinian passports, and those in the neighbouring countries should be given their Lebanese/Syrian/Egyptian passports – as in Jordan and in Israel. ‘Being settled’ can be a positive.

2nd point – Many need to wake up to he fact that Israel is doing their dirty work for them: keeping the oncoming problem at bay.

3rd point, and the most difficult to swallow. Just as ‘competition’ is humanly normal (from sport to war), prejudices also. It is normal for there to be ‘haves and have-nots’, it is normal in every society for some of the community to feel – and be treated – like 2nd class citizens.

In Israel, too, among which are the Ethiopian and Russian Jews – oh yes, and some of the Arab community. When I first came here, in the early 70s, there was real fear that the enormous gap between the Sephardic and Ashkenazi communities would see the collapse of society. In UK, after WWII, it was the ‘Continentals’, then the West Indians, those from the sub-Continent and from the Far East. All went through – some still are going through – difficult periods.

I don’t think anyone would deny that the oldest prejudice in humanity is anti-Semitism. It came to the fore far earlier than racialism or any of the other ‘popular’ hates.

Hey, I grew up knowing nothing about all this stuff. Brought up as a good Catholic boy, far away from the subject. Yes, I had some Jewish friends – and I had Jewish relatives (I was a Catholic Jew – get it?). Once a year, we received oranges from the uncle in Israel, and I had some Israeli stamps in my collection.

Then, years later, I was the victim of a horrible attack of anti-Semitism…from a good friend. My reaction, apart from never again shaking that man’s hand, was to read a book on the subject. My awareness of anti-Semitism was also dormant. (When several were killed and injured in a bomb attack on a Jewish restaurant in Paris, the French PM stated that not only were there Jewish victims, but also ‘innocent French victims’. That’s what I call ‘dormant anti-Semitism’).

‘Oh, not those Israelis again’, or ‘I’m not anti-Semitic, I’m just anti-Israel’ or ‘anti-Zionist’.

Deep in the hearts of too many, people wish the ‘Jews’ would just go away.

But don’t they see? The #2 prejudice would then take pride of place. Colour, perhaps – or….the Muslims.

Why am I mentioning all this?  Not sure. Perhaps to point out that, however nice some people talk, we Jews are going to be treated like shit by the World community. The UN and it’s pathetic Human Rights’ wing will continue to focus on Israel, falling into the anti-Semitism trap.

Wow, do I hate writing like this. And I know I am risking losing some friends. But if that’s the case, they weren’t.

PS – A reminder of a cartoon by a friend of mine, depicting my ‘meeting’ 2 years ago with a Gazan – 2 of whose daughters had been killed by Israeli bombs – down at the end of one of those tunnels.