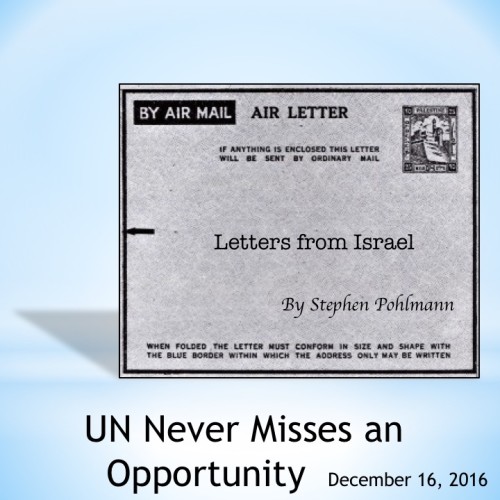 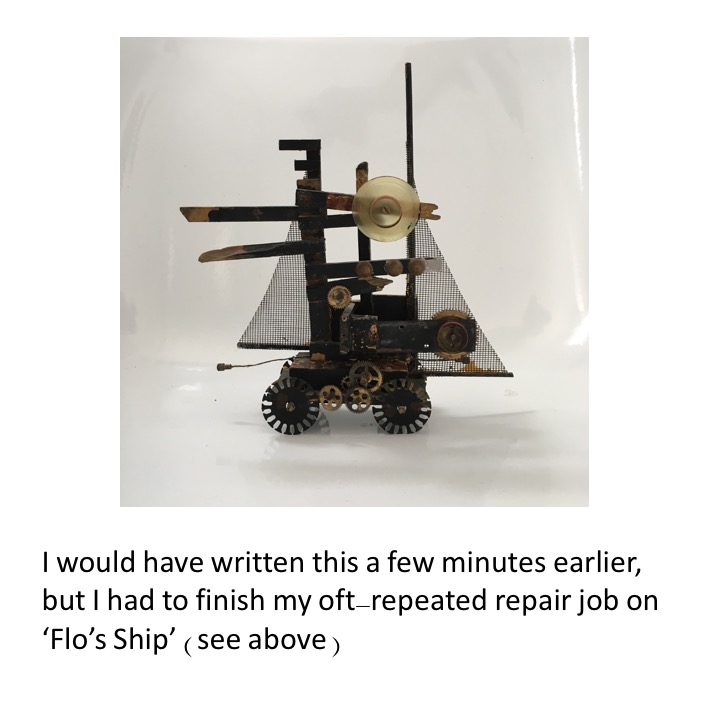 Flo Nordhoff, of Austro-Hungarian blue blood, was known for his special effects in several movies, won the Berlin Festival award for his ’Purple Line’ animation (narrated in English by my Dad).

Otherwise, Flo was another of the brilliant but unsuccessful artists of this world. And he was a close friend.

Read my book ‘Visiting Hours’ online at ourboox.com, and you will learn a little more about Flo. (If you like the book, write to me for a hard copy…). On the same publishing site, I also produced ‘Postcards from My Mother’, highlighting a series of postcards Flo created and sent to his mother during WWII.

What happened yesterday at the UN illustrates screamingly why I feel the need to write these letters. (Btw, you can also started reading and re-reading them online on that same ourboox.com website. It will take me time, but all 300 of them since around the Millennium will be available free online. Just go to the site and search ‘Stephen’ and you find them).

I’ve already written several times about the hypocrisy (at the very least from Israel’s point of view) of the UN. That there is more critical discussion on Israel, resulting in more resolutions against Israel THAN THE REST OF THE RESOLUTIONS PUT TOGETHER. We may sometimes be accused of being cocky, but this attention we do NOT need.

Yesterday, Resolution 2334 was passed, to the sound of enthusiastic applause’ 14-0 by the Security Council, with one gaping abstention: the US. In the past, they would have vetoed the resolution.

The World may not care, but we in Israel do.

Most individuals in this World are not affected by what goes on here. That’s human; that’s normal. Those in Haiti will say the same about Haitian subjects, or Indians about India. I have used the term ‘positive ignorance’. It is normal to have a limited knowledge about what goes on ‘over there’. My complaint is the unbalanced attention and criticism of the Israel-Palestine conflict, still based on this limited knowledge.

And the UN is the prime culprit.

In this weekend’s Jerusalem Post, printed before the UN vote (but it was predictable), David Weinberg writes an article ‘Hypocrisy has no shame’.

If you want to read the whole thing, here’s the link –

Weinberg ends: ‘Hypocrisy has no shame, and the demonisation of Israel no limits’.

Just to balance this slightly, the timing of this latest resolution is not coincidence. It’s before the change in the US presidency (Trump is expected to far more pro-Israel than Obama). And it’s also in response to Israel’s decision to move 20 illegal houses in the Amona settlement from 1 hill to another. We could go back over the many political mistakes Israel has made in the territories – despite the moral issues and the historical facts.

But this Amona thing – I can assure you that if ever the Israeli opposition had an opportunity to rally together and chuck Netanyahu out, this would be it. These 20 families, instead of just ‘find them accommodation’ – perhaps give them $1 million each as compensation for living on what has been proved to be Palestinian land – the government has promised them to start another community, with roads, power facilities, security etc.

This has established a horrible precedent, one which could be used by ‘illegal residents’ just about anywhere – including the Bedouin of the Negev desert. Could cost us billions – and bring us more enemies.