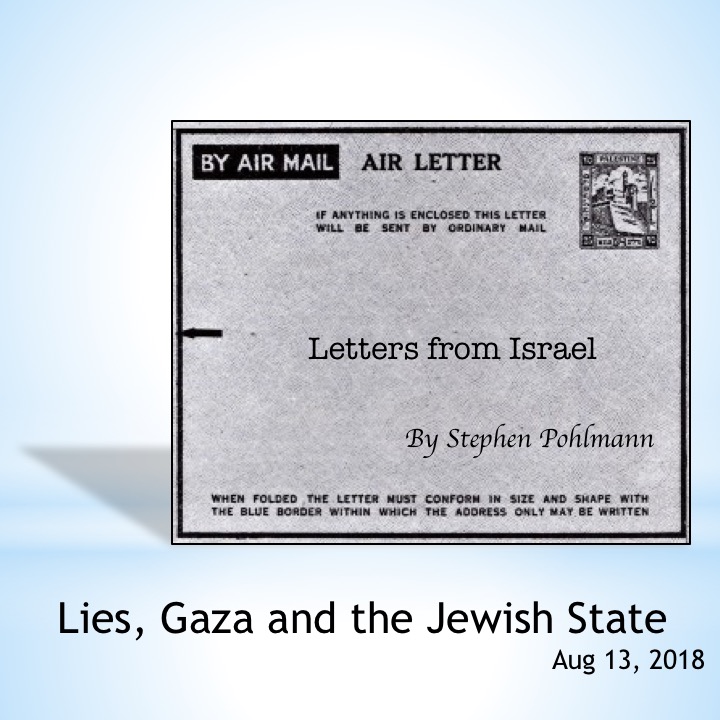 Lies, Gaza and the Jewish State

Jeremy Corbyn’s comments likening the West Bank to Nazi times are silly. But they are still worrying, because of the numbers who believe them, all without foundation. That’s the world we live in. Lies are becoming the norm.

I have mentioned Ben-Dror Yemini’s book ‘Industry of Lies’, which illustrates how so many tell, use and accept lies about the Middle East. Critics show how President Trump will repeat ‘distortions of the truth’ until even he believes them – although, to tell the truth (!) that’s what most of today’s politicians are doing. And now Michiko Kakutani has written a book on the subject. 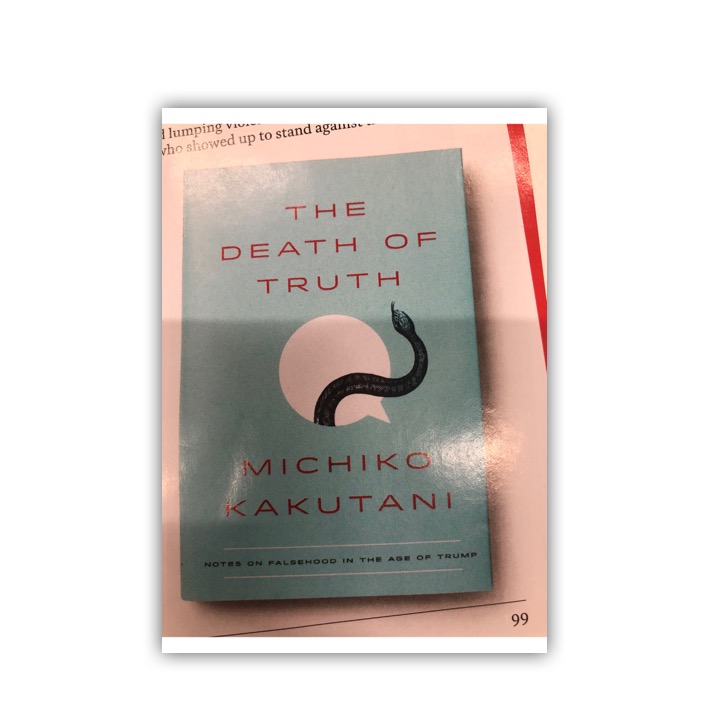 Jeremy Corbyn would normally be a ‘joke’. But carriers of untruths are becoming leaders. Beware, U.K., for this man could become the next PM by default.

And likening the West Bank to Nazi times is a sad, ignorant sin.

The way so many still find positives in the behaviour of Hamas in Gaza is yet another example of twisted truth. Few realise that Hamas have not yet tried the path of respect, recognition and peace, which I assure you would work, and would be the start of a life most Gazans deserve. Hamas has control over the future of the Gaza. Israel’s control of Gaza is defensive.

After the billions that have been chucked into Gaza, most of which went to support of terrorism and into the pockets of the leaders, there are now plans to invest further billions, aimed at bettering the lives of the citizens: infrastructure, commerce, education, a port and an airport – and the enforcement of one political entity, Fatah, to rule both Palestinian areas.

I can assure you that it would not take much to get Israel to agree. But do you really think Hamas is ready to give up all they believe in – including the destruction of the Jewish State?

And that nicely leads to the stupid political decision of Netanyahu to have a formal declaration redefining ‘the Jewish State’. We all know that this changes little on the ground. Yet by bringing the subject up, the headlines are again being distorted.

Israel is as much a Jewish state as many countries are Christian. Not quite sure we want to be compared to the many Islamic states, but you get my meaning.

It is certainly true that, in Israel, religion is too mixed up in politics, and certainly true that Netanyahu, in his bid to become Israel’s longest-serving PM (after David Ben Gurion) will make twisted deals that ensures support from some of the religious parties.

Reminder: there are references to the Israeli religious bloc, but that’s a misnomer. There are several clear divisions within the religious community, and many more when one scratches a little deeper. And they overflow into how the individual votes – IF he votes. There are some religious that do not recognise the State of Israel; will only do so after the coming of the Messiah. Many live here as parasites, not paying taxes, not serving the community. let alone in the armed forces.

The Jewish Diaspora in USA has been complaining about the new law, but relationship with them have been frail since they made it a little more difficult for secular Jews to pray on the Temple Mount in Jerusalem. And they are not necessarily Israeli citizens.

The Israeli Druze community are a special case. They are an Arab ‘offshoot’, with their own separate religion. There are Druze communities across the Middle East, and usually they live and serve as decent citizens.

But minority groups everywhere complain about being treated as 2nd-class citizens.

(I did write recently about the Palestinian delegation which, a few months ago, went to the EU HQ in Brussels to complain about the treatment by Israel of their citizens as ‘2nd -class’, only to be sent away ‘with tail between their legs’. They had discovered that the situation, albeit not perfect, was much worse in most of mainstream Europe, especially including Belgium, France, Denmark, Germany.

There, the Muslims are treated far worse than in Israel. It is no secret that life for the Arabs, i.e. Palestinians, is far better in Israel than in practically every other Mid-East countries, and even better than many Western European ones.

Every country has 2nd class citizens. Can one think of one classless society? And in most cases, the ones ‘lower on the status scale’ have reason to complain, and do complain. Like cutting the end off a piece of string, no matter what changes are made, there will always be a section of society that complains.

In Israel, the Israeli Arabs are just part of the usual list of complainers: Russians Jews, Ethiopian Jews, ‘Eastern Jews’ (Sephardic, but primarily those from North Africa, as opposed to the ones who can directly trace their history back to the Spanish Inquisition). Then there’s the asylum seekers from Sudan, Eritrea etc. And the Arab Christians, although they usually aim their complaints at the Muslims rather than Israeli society.

So, Netanyahu is, in many opinions, wrong, but not because he says much new. It’s just that we need the predictable groups of the outraged like we need a hole in the head.