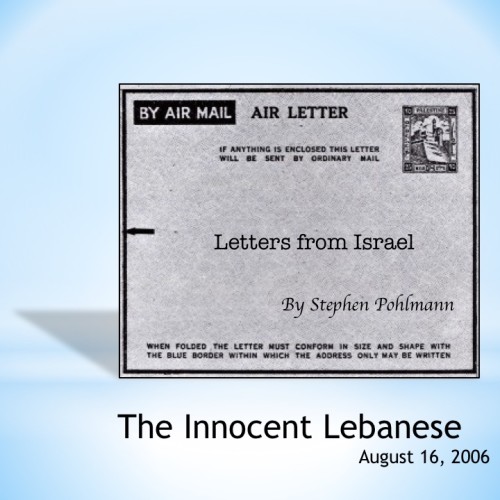 I am not happy about sending this out in its current format. When speaking to the ‘outside World’, we have to use gentler language – cleverly constructed soundbites – otherwise they listeners will just switch off.

So, perhaps instead of reading this whole attachment….

A large minority in Lebanon voted for Hezbollah, and the rest were always aware of what was going under under their noses for the last 6 years. The famous ‘silent majority’ did and said nothing. Nasrallah’s face on every 2nd billboard was Coca-Cola to them. Now they cry – and now they blame Israel.

Did I miss something?