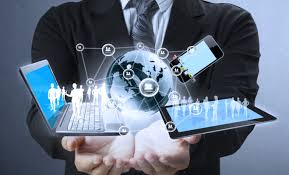 Read the information below and answer question number 1

Israel is a powerhouse when it comes to technology and medicine. It is third only to the US and Canada in terms of number of companies listed on Nasdaq (75!!!), well ahead of England, China, and Germany.

For those of you who don’t know (again, probably most of you), Israelis have invented much of the technology used today such as instant messaging (ICQ), firewall security software, Intel wireless computer chips, numerous medicines, and miniature video camera capsules to examine internal organs. Other Israeli inventions: the cell phone (invented by Motorola, with it’s largest R&D center being in Israel), most of the Windows NT operating system, voice mail technology, and VOIP technology.

More Israeli patents are registered in the US than from Russia, India, and China combined, despite the enormous population disadvantage (about 7 million in Israel vs. 2.5 billion combined in the other 3).

Read the information below and answer questions 2 &3

In 1973, 10 years before a cell phone was first released onto the market, the first cell phone call was made by Motorola researcher and executive Martin Cooper. Cooper, from Motorola, placed a call to Dr. Joel Engel of Bell Labs.

The call on which this phone was made was an early prototype of the DynaTAC mobile phone. It weighed 1.1kg and was 23cm long.  Cooper is considered the “father of the cell phone” and is also cited as the first person in history to make a handheld cellular phone call in public.

2.Who invented the cell phone?

3.When was the first cell phone invented?