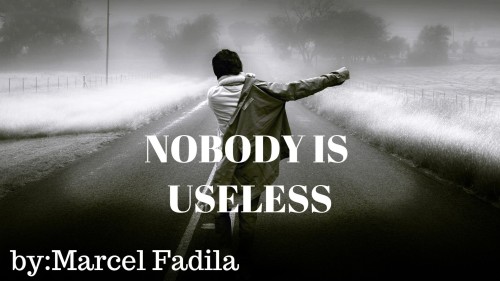 NOBODY IS USELESS By:Marcel Fadila 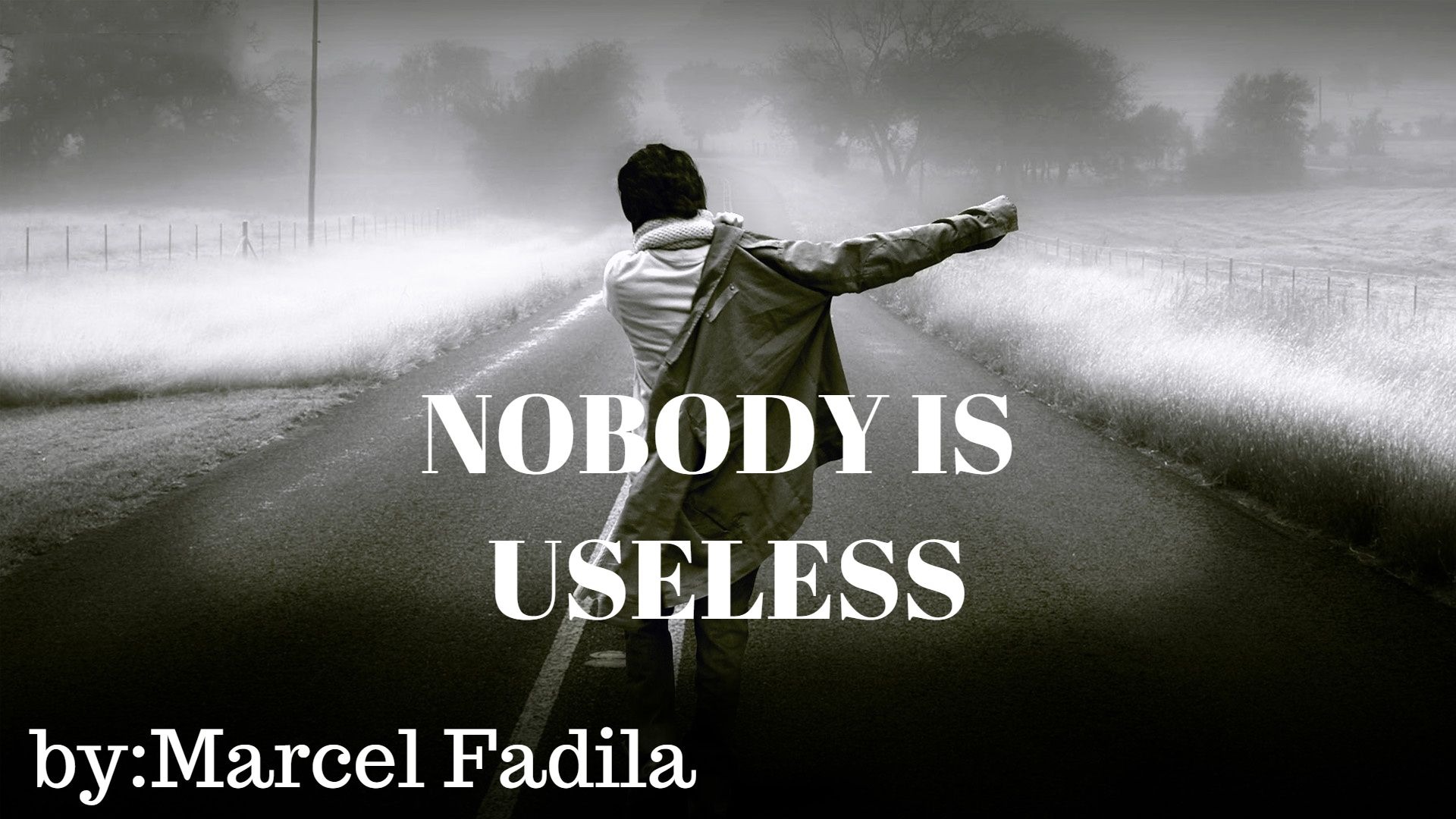 George Stoyonovich was a neighborhood boy who had quit high school on an impulse when he was sixteen, run out of patience, and though he was ashamed every time he went looking for a job, when people asked him if he had finished and he had to say no, he never went back to school.  This summer was a hard time for jobs and he had none.  Having so much time on his hands, George thought of going to summer school, but the kids in his classes would be too young.  He also considered registering in a night high school, only he didn’t like the idea of the teachers always telling him what to do.  He felt they had not respected him.  The result was he stayed off the streets and in his room most of the day.  He was close to twenty and had needs with the neighborhood girls, but no money to spend, and he couldn’t get more than an occasional few cents because his father was poor, and his sister Sophie, who resembled George, a tall bony girl of twenty-three, earned very little and what she had she kept for herself.  Their mother was dead, and Sophie had to take care of the house.    Very early in the morning George’s father got up to go to work in a fish market.  Sophie left at about eight for her long ride in the subway to a cafeteria in the Bronx.  George had his coffee by himself, then hung around in the house.  When the house, a five-room railroad flat above a butcher store, got on his nerves he cleaned it up – mopped the floors with a wet mop and put things away.  But most of the time he sat in his room.  In the afternoons he listened to the ball game.  Otherwise he had a couple of old copies of the World Almanac he had bought long ago, and he liked to read in them and also the magazines and newspapers that Sophie brought home, that had been left on the tables in the cafeteria.  They were mostly picture magazines about movie stars and sports figures, also usually the News and Mirror.  Sophie herself read whatever feel into her hands, although she sometimes read good books

She once asked George what he did in his room all day and he said he read a lot too.

“Of what besides what I bring home?  Do you ever read any worthwhile books?”

“Some,” George answered, although he really didn’t.  He had tried to read a book or two that Sophie had in the house but found he was in no mood for them.  Lately he couldn’t stand made-up stories, they got on his nerves.  He wished he had some hobby to work at – as a kid he was good in carpentry, but where could he work at it?  Sometimes during the day he went for walks, but mostly he did his walking after the hot sun had gone down and it was cooler in the streets.

In the evening after supper George left the house and wandered in the neighborhood.  During the sultry days some of the storekeepers and their wives sat in chairs on the thick, broken sidewalks in front of the shops, fanning themselves, and George walked past them and the guys hanging out on the candy store corner.  A couple of them he had known his whole life, but nobody recognized each other.  He had no place special to go, but generally, saving it till the last, he left the neighborhood and walked for blocks till he came to a darkly lit little park with benches and trees and an iron railing, giving it a feeling of privacy.  He sat on a bench here, watching the leafy trees and the flowers blooming on the inside of the railing, thinking of a better life for himself.  He thought of the jobs he had had since he had quit school – delivery boy, stock clerk, runner, lately working in a factory – and he was dissatisfied with all of them.  He felt he should some day like to have a job and live in a private house with a porch, on a street with trees.  He wanted to have some dough in his pocket to buy things with, and a girl to go with, so as not to be lonely, especially on Saturday nights.  He wanted people to like and respect him.  He thought about these things often but mostly when he was alone at night.  Around midnight he got up and drifted back to his hot and stony neighborhood.

George Went To Sophie And He Told Her Its Time For Me To Change And I Know I Was Wrong When I Was Straight Up Rejecting Your Help Thank You Thank you . Sophie Looked At George With A Smile On Her Face She Didnt Believe That Her Brother Is Finally Changing *Next Day* George Sat Down With His Sister Sophie George Told Her That He Wants Mr Cattanzara To Respect Him

Sophie Didnt Repond Later On That Day George Saw Mr Cattanzara But This Time He Was Brave To Go And Face Him Face To Face And Tell Him That He Is Changing Mr Cattanzara Was Shocked because He Knows George’s History And George All He Said after looking At Mr Cattanzara Is “I need some on To motivate me” And I Promise I Will be Better George Left After Saying That To MR Cattanzara Didnt He Was Looking At The Sky And Smiling .

She Didnt Say Anything About all she said was Its Great To hear That Continue Reading And Your Life Will Start To Get Better And Better George Went To His Room And Continued Reading At The Time He Was Reading Sophie Went To Mr Cattanzarra House And Told Him He Is Changing For Real Thanks For What You Have Done.

*After 3 Weeks* Geroge Saw ON The Magazine That A KFC Needed A Worker He Called Them And They Told Him He Has To Go There And Give Them Some Informations And Make The Deal He Didnt Want To Tell His Sister Or His Dad He Went By Himself On A Bus He Wanted It To Be A Surprise After The Ride In The Bus He Sat With The Managers And He Is Going To Earn 800$ Monthly He Got The Job And On His Way Back Home He Felt The Happinies And Something He Never Felt Before It Was One Of The Best Moments In His LIfe When He Got Back Home His Sister Said Finally I Found Why Are you Late He Didnt Say Anything Straight Up Ignored The Fact The She Even Said Anything. *Next Morning* George Woke Up At 6AM He Was Waiting For The Bus To Go To KFC For to Work Mr Cattanzarra Saw Him He didnt believe That George Is Up At 6AM And Is Going Somewhere Else He Was Going To Tell Sophie But He Didnt Want To Because It Looked Like George Is Growing Up And Getting Better . 8AT KFC* George Was Doing A Great Job And He Made New Friends(The Workers) He Was Taking The Job Really Serious He Made Every Thing Organized The Managers Were Shocked The Boss Said: He Is DIFFERENT the other managers agreed on that.

*1 month later* George Woke Up And Went To His Job like everyday(in the past month) He Realized That Its That Day He IS Getting Paid THE Boss Gave Him 1500$ George Said im getting 800$ not 1500$… The Boss Said Its All Yours You Are A HardWorking Guy The Tears Starting Dripping from george Eyes The Manager Hugged Him And Said Its Okay You Deserves It.

george has got married and own a house already ON HIS WEDDING DAY All the neighborhood family,s came and Mr Cattanzarra And Sophie And His Dad, THE KFC managers, the workers everyone IT Was Such An Amazing Day Everyone Was Happy And George SAID Infront of everyone *NOBODY IS USELESS* WORKHARD BELIEVE YOU WILL GET THERE FOLLOW YOUR DREAMS THANKS EVERYONE God Bless You All. The End 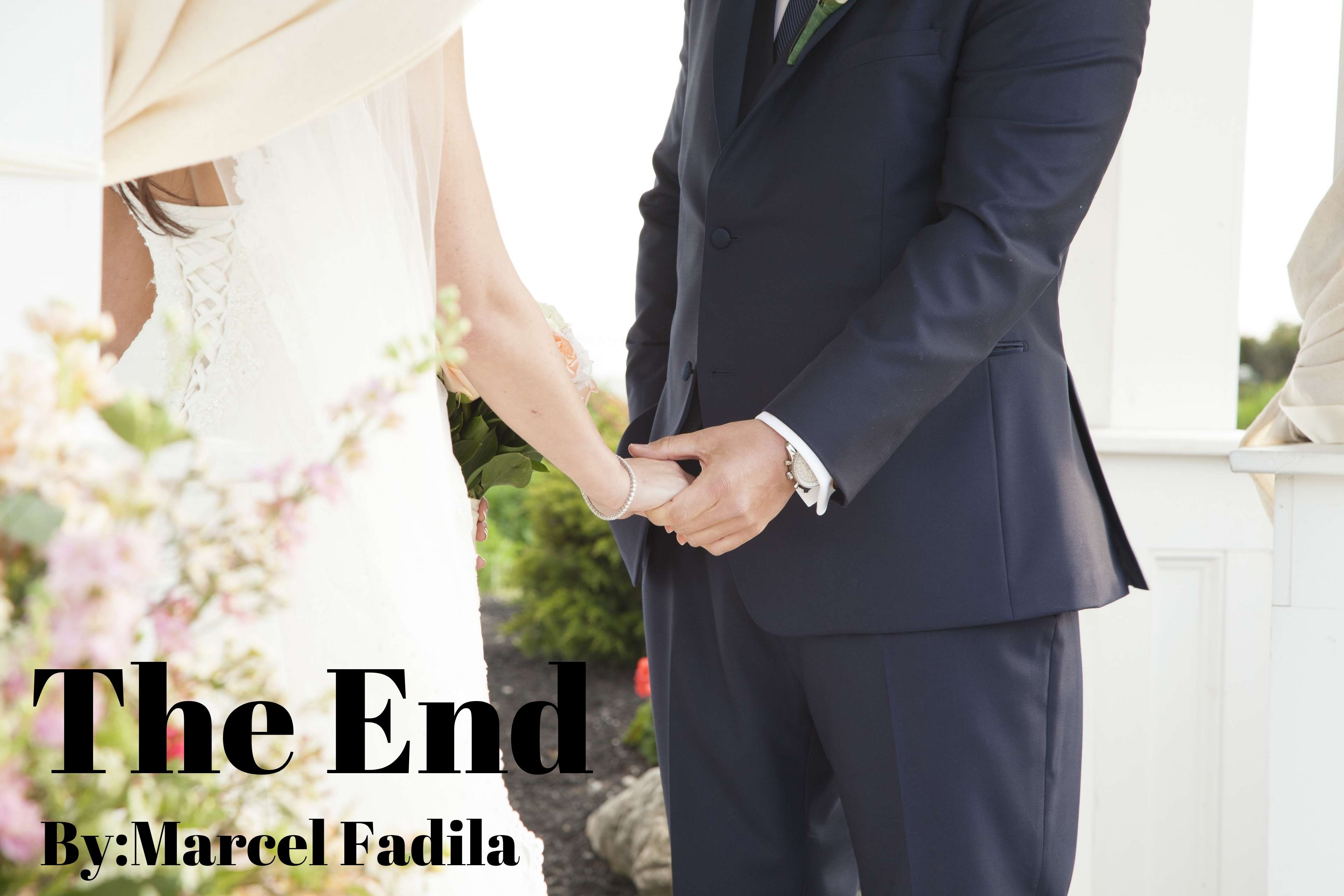