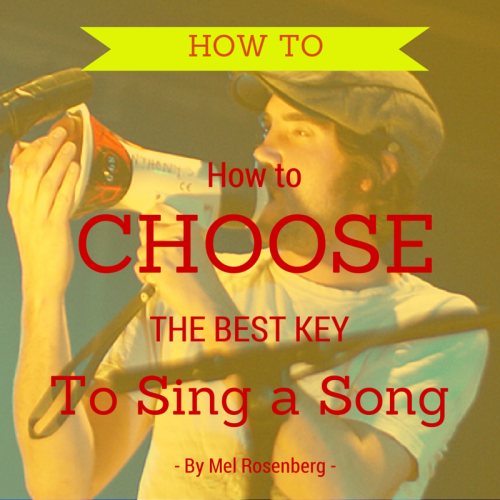 How to Choose the Best Key to Sing a Song 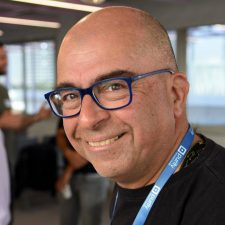 One of the most embarrassing moments for any of us is singing a song in a key that is not appropriate to our voice range. When we are out singing karaoke (and perhaps had a beer or sake or two), and we’re with friends who sing worse than we do, that may not be so bad. But if we are at a party, and there is a pianist or guitarist and you want to sing a song, the musician is going to want to know what key to play the song in.

Each of us has a range of notes that we are able to sing. Some singers (lucky people) have a very large range, and can sing very low notes and very high notes. These lucky people are able to sing a song, no matter what key it is played in.  The rest of us have to choose a key that suits our own particular range.  Even singers with a large range will want to sing the song in a key that suits them best.

The key of a song is a scale that can be represented by a chord, usually of three notes, usually a major or minor chord. Because music is relative, the key of a song and the chords can move up or down. Good musicians can play a song in any of the twelve different keys. As singers, for any particular song, we need to find the right key that fits our own voice and our own range.

Music is relative. Ask any guitarist to play you a blues in E, and he or she will play the blues in the key of E, starting with the chord of E major. But it is also possible to play the blues in F, G and any other key, as long as the tune and chords change relatively in tandem.

So a song can be played in any key. If the musician plays you the first chord in that same key, you can usually figure out how to sing the melody appropriately, even if you cannot read music.

When my friend Michal asked me how she could select the best key for any song she wanted to sing, I thought of this easy way to explain how to play a major chord on the piano (or a minor chord if the song is in a minor key). Once you have learned to play a chord, you can move it up and down (relatively of course) on the piano, and try to sing the song with each chord until you find the key that suits your voice.

Because I wanted to make the video simple to understand, I left out a couple of points. The chords in any song change while you sing them, and the melody goes up and down as well. But once you have learned to play the opening chord, you can take it from there, sing the song all the way through and see whether your voice range can handle it in that particular key. If not, go up or down until you find the chord that allows you to sing the song best. If the best key for you turns out to be E major, then you just tell the musicians that you sing “London Bridge” in E. It’s that simple.

The second point that I elaborated upon only briefly is the fact that some songs are in minor keys. So if you play a major chord and try to sing a song and it doesn’t sound right, the song may be in a minor key, so try starting out with a minor key.

So there are two options. You can tell the musician “my first chord for this song is F major”. Or you can play a chord (as in the video), and try to sing the very end of the song appropriately. This will give you the key (but may be more daunting than the easy method I suggested).

Let me know if this helps, I hope it does.

Here are the transcripts of the two videos.

That’s much better for me. Let’s try one more key, Let’s try the key of D (major). One, two, three, four….one two three. “London bridge is falling down”. That’s probably the best key for me to sing “London Bridge.”  Some songs are in minor keys and we’re going to deal with that in the next video.

Show and Tell with Dr. Mel. Now, as I explained in the previous video, some songs are in minor keys. For example, Gershwin’s “Summertime”. So, how do we build a minor chord? It’s very similar to building a major chord. So let’s start with A again. Instead of going one, two, three, four…..one, two, three, we just go one, two, three, one, two, three, four. So this is A minor and it’s a sad chord. “Summertime, and the living is easy…” That’s not very good for me, I’m not getting down to the bottom, so I will just move it up. So this will be B minor.

That’s starting to get better for me.

I would probably sing the song in E minor, again. This is E… A,B,C,D,E…. one,two,three….one, two, three, four. “Summertime and the livin’ is easy”. That’s pretty good. So this is Dr. Mel explaining how to pick a chord which enables you to choose the key in which to sing your song.

Thank you for reading my book!

“How to Choose a New Guitar”

Or even better, create a book of your own!!!

Here is a tutorial to help you get started on your own voyage as an Ourboox contributor!  And finally, you can always write me at [email protected]