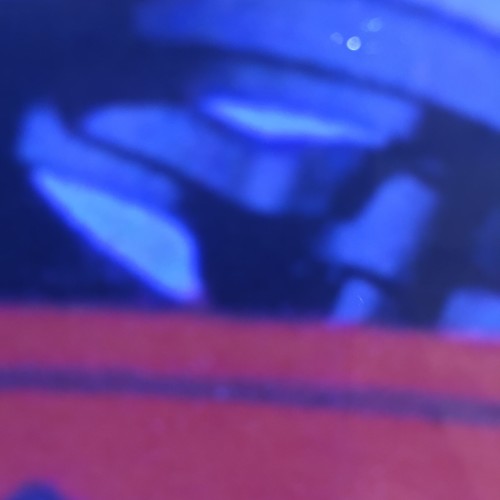 Jennie and Stevie and the Rainbow

“It’s real April weather,” sighed Mum as she came in from the garden. “What do you mean?” asked Jennie. “Well, haven’t you noticed? One minute it’s raining and the next minute the sun is shining. ‘March winds and April showers bring forth May flowers’. Roll on May!” said Mum. Jennie wandered into the sitting room. Stevie stood with his nose pressed to the window. “Look,” he said, pointing.

There was a very black cloud behind the trees. Somewhere from behind the house the sun was shining on to it. Above the trees glowed the most beautiful rainbow the children had ever seen. It arched right across the sky; red, orange, yellow, green, blue, indigo, and violet. “Isn’t it lovely!” said Jennie. “Where do all those colours come from, I wonder?” said Stevie. “I don’t know,” said Jennie. “Maybe the birds paint it.”

Just then came a voice from behind the children. “Er .. ahem!” It seemed to be clearing its throat. “Ahem!” There it was again. “Did you say something?” said Stevie. “No,” said Jennie. “Ahem! Ahem!” The children spun round. On the sitting room wall there was a bookshelf that stretched from floor to ceiling. Books of all kinds crammed the shelves; big books, little books, thin books, fat books, green, brown, red, blue books.

Some books were standing up, some were lying down and some were leaning against each other. “Ahem!” There it was again. The sound was coming from the bookshelves, and there, on the third shelf up a blue, middling-sized book was bobbing about. Stevie thought it looked like someone at school who wanted Miss to see them. “Ahem!” it said.

Then it spoke. “Take me down, Young People, and I will show you what a rainbow is.” Stevie and Jennie stared at the book. Then they stared at each other. Whoever heard of a book that talked? “Go on,” said the book. “Don’t be afraid. Take me down.” Stevie began to raise his arm slowly. Then, he made up his mind all at once and picked up the book.

Instantly the house vanished. The children found themselves in a completely black place.

They could see nothing, but they weren’t at all afraid. They knew that Book was standing beside them. “Now,” said Book. “Don’t turn round. I’m going to open a little window to let the sun in. The sun can hurt your eyes. You must never look straight at the sun.” The children heard a click. A bright sunbeam shone from behind them and made a circle of light on the black wall in front. “Now,” said Book, “I’m going to give you something to hold. Perhaps you can tell me what it is.” Jennie and Stevie felt something long and smooth in their hands. “It feels like glass,” said Jennie. It’s a sort of pyramid,” said Stevie, who had been learning about ancient Egyptians.

“That’s right,” said Book. “Hold the glass in the sunbeam and watch what happens on the wall.” Jennie held out her glass first. And there, on the wall was a rainbow! “Ooh! It’s lovely,” said Jennie. “Let me try,” said Stevie. Jennie took her glass away and the rainbow vanished from the patch of light. Stevie held out his glass. The rainbow came back at once. Book said, “I’m going to shut the window now. Then I’m going to give you some colours.” Book shut out the sun.

Suddenly the children noticed something strange about their fingers; the fingers of their right hands and the thumb and finger of their left hands began to glow: red, orange, yellow, green, blue, indigo. There were all the colours of the rainbow at their fingertips! Then the colours shot out into long beams. “Oh!” gasped both children. “We’ve got laser lights!” “We’re going to have a competition,” said Book. “Mix your colours and see what happens on the wall. “How will we know who’s won?” Jennie always wanted to know everything. “I’ll tell you,” said Book.

The children began to mix the colours. It was just like mixing paint except that there were no brushes or water. Stevie mixed red and blue and made purple. Jennie mixed red and yellow and made green. “This is fun!” said Stevie, mixing all his colours together. “Oh, look!” he said. There, on the wall a patch of white light appeared. “You’ve won!” said Book. Just then Jennie also mixed all her colours and made a patch of white light. “What happened?” asked the children.

“It’s like this,” said Book, “Every morning when the sun rises and it gets light you see all the colours mixed together as white light. Raindrops are like little glass pyramids – we call them ‘prisms’ – and when the sun shines through them on to a cloud you see all the colours separately in a rainbow.” “It’s magic!” said Stevie, full of wonder. “Yes,” said Book. “If you hold my hands I’ll show you some more sun-magic.”

The children took a hand each. Suddenly, the blackness vanished. They were on a mountainside. Behind them the sun was setting. Clouds swirled around the top of the mountain in front. As the children blinked and rubbed their eyes a bird began to sing. It was very beautiful. “Where are we?” the children wanted to know. “In Germany,” said Book calmly. “In Germany?” said Stevie, very surprised. “Yes,” said Book. “These are the Harz Mountains. Look!” Soft, rainbow lights were beginning to appear in the clouds in front. Jennie lifted her arm to point. A huge shadow in the clouds also lifted its arm to point back. “Oh!” shrieked Jennie. “A monster! “It’s alright,” said Book, quietly.

“It’s only your own shadow. The sun is shining behind you and the cloud is a little bit like a mirror, only instead of reflecting your image it reflects your shadows.” Jennie began to wave her arms about. The cloud-shadow did the same. Stevie jumped up and down. His shadow did too. Both children rushed around, waving their arms, and their shadows did everything they did until they got tired and stopped. “A long time ago,” said Book, “People thought the shadows were witches in the clouds who met on a special night of the year. Because you couldn’t see the witches properly people thought they looked like ghosts, or spectres. To this day people call the shadows the Brocken Spectre.”

“Why isn’t there a Brocken Spectre in Scotland, where Granny lives?” asked Stevie. “Oh, you’ll find one if you happen to be in the right place at the right time,” said Book. “You have to be lucky. Next time you visit your grandmother keep an eye open. You never know, you might see a Brocken Spectre there. But the sun has to be low in the sky behind you and there have to be clouds in front for your shadow to fall on.”

The sun had almost set by this time. It was getting dark and chilly. Stevie shivered. “Shall we go home now?” asked Book.

The children took his hands. Jennie and Stevie were back in their sitting room. The lovely bright rainbow was just starting to fade. Mum came into the room. “That’s the most beautiful rainbow I’ve ever seen,” she declared. “I know what rainbows are,” said Jennie. “So do I,” said Stevie. As the children turned round to tell their mother all about it they were sure they saw a blue, middling-sized book on the third bookshelf wink at them.