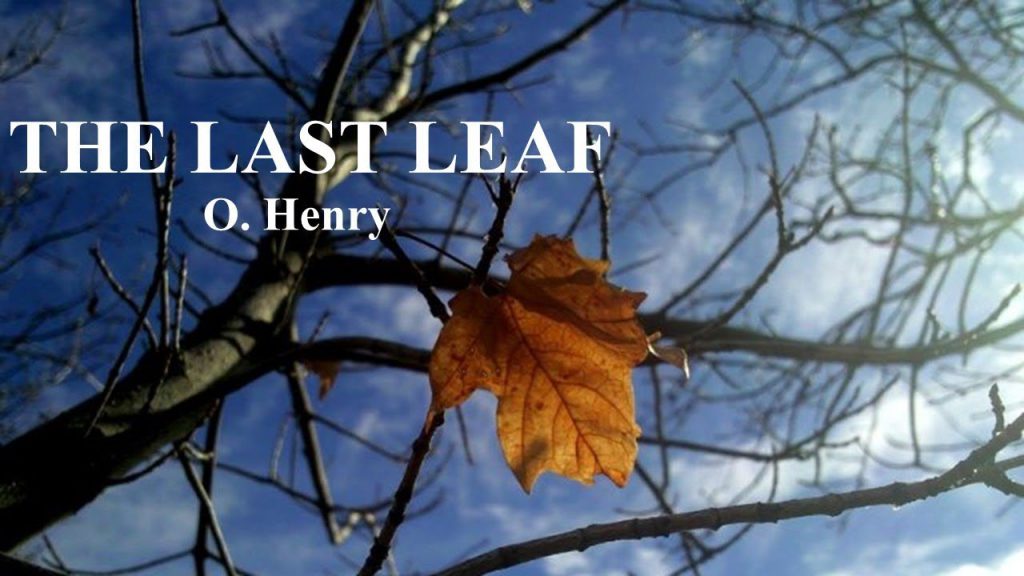 Look at the following clips:

Do the vocabulary page. You can work by yourself or in a pair.

At the top of a three-story brick building Sue and Johnsy had their studio. “Johnsy” was a nickname for Joanna. One was from Maine; the other from California.

That was in May. In November a cold, unseen stranger, whom the doctors called Pneumonia, stalked around the area, touching one here and there with his icy fingers. Over on the east side this illness slowly killed many victims. And Johnsy became ill and she lay, scarcely moving, on her bed, looking through the small window at the blank side of the next brick house.

One morning the busy doctor invited Sue into the hallway.

“She has one chance in – let us say, ten,” he said, as he shook down the mercury in his thermometer. “And that chance is for her to want to live. Your friend has made up her mind that she’s not going to get well. Has she anything on her mind?” “She – she wanted to paint the Bay of Naples some day.” said Sue.

“If you can make her enthusiastic about painting, her chances would be much better “said the doctor and left.

After the doctor had gone Sue went into the workroom and cried. Then she walked into Johnsy’s room with her drawing board.

Johnsy lay, scarcely moving under the bedclothes, with her face toward the window.

Sue arranged her board and began a drawing to illustrate a magazine story.  As Sue was sketching, she heard a low sound, several times repeated. She went quickly to the bedside.

Johnsy’s eyes were open wide. She was looking out the window and counting – counting backwards.

Sue looked out of the window. What was there to count? There was only a bare yard to be seen, and the blank side of the brick house twenty feet away. An old, old vine climbed half way up the brick wall.

“Six,” said Johnsy, in almost a whisper. “They’re falling faster now. Three days ago there were almost a hundred. It made my head ache to count them. But now it’s easy. There goes another one. There are only five left now.”

“Leaves. On the vine. When the last one falls I must go, too. I’ve known that for three days. Didn’t the doctor tell you?”

“Oh, I never heard of such nonsense,” complained Sue. “What have old leaves to do with your getting well? Why, the doctor told me this morning that your chances for getting well real soon were – let’s see exactly what he said – he said the chances were ten to one! Why, that’s almost as good a chance as we have in New York when we ride on the street cars or walk past a new building. Try to take some soup now.

“There goes another. No, I don’t want any soup. That leaves just four. I want to see the last one fall before it gets dark. Then I’ll go, too.”

“Johnsy, ” said Sue, bending over her, “will you promise me to keep your eyes closed, and not look out the window until I am done working? I must finish these drawings by tomorrow.

“Couldn’t you draw in the other room?” asked Johnsy, coldly.

“I’d rather be here by you,” said Sue. “Besides, I don’t want you to keep looking at those silly leaves.”

“Tell me as soon as you have finished,” said Johnsy, closing her eyes, and lying white and still “because I want to see the last one fall. I’m tired of waiting. “ Try to sleep,” said Sue.

“I must call Behrman to come up here and model for me” Old Behrman was a painter who lived on the ground floor beneath them. He was past sixty and was a failure in art. For several years he had painted nothing. He earned a little by serving as a model to those young artists in the colony who could not pay the price of a professional. He drank too much and still talked of his coming masterpiece. For the rest he was a fierce little old man, who mocked softness in any one.

Sue found Behrman smelling strongly of alcohol in his dimly   lit apartment below. In one corner was a blank canvas on an easel that had been waiting there for twenty-five years. She told him of Johnsy’s wish, and how she feared she would die.

“What!” he cried. “Are there such fools? Do people die because leaves drop off a tree? I have never heard of such a thing. Why do you allow her to think such a thing?”

“She is very ill and weak,” said Sue, “and the sickness has put these strange ideas into her mind.

Johnsy was sleeping when they went upstairs. Sue pulled the shade down to the window-sill, and showed Behrman into the other room. In there they looked out the window fearfully at the vine. Then they looked at each other for a moment without speaking. A cold rain was falling mixed with snow.

When Sue awoke from an hour’s sleep the next morning she found Johnsy with wide-open eyes staring out the window.

But after the heavy rain and fierce wind that had not stopped the whole night, there still was one leaf on the vine.

“It is the last one,” said Johnsy. “I thought it would surely fall during the night. I heard the wind. It will fall today, and I shall die at the same time.”

Sue said: “think of me, if you won’t think of yourself. What would I do?”

But Johnsy did not answer. The day passed and as it grew dark they could see the last leaf hanging on the vine against the wall.

When it was light enough the next morning, Johnsy again looked out the window.

The leaf was still there.

Johnsy lay for a long time looking at it. And then she called to Sue.

“I’ve been a bad girl, Sue,” said Johnsy. “Something has made that last leaf stay there to show me how bad I was. It is wrong to want to die. You may bring me a little soup now.

An hour later she said:

“Sue, some day I hope to paint the Bay of Naples.”

The doctor came in the afternoon. “The chances are good,” said the doctor “With good nursing she will get better.” And now I must see another sick person I have downstairs. Behrman, his name is – some kind of an artist, I believe. Pneumonia, too. He is an old, weak man, and there is no hope for him.”

The next day the doctor said to Sue: “She’s out of danger. You won.”

And that afternoon Sue came to the bed where Johnsy lay. “I have something to tell you” she said. “Mr. Behrman died of pneumonia today in the hospital. He was ill only two days. His shoes and clothing were wet and icy cold. They couldn’t imagine where he had been on such a stormy night. And then they found a light and a ladder that he had taken outside. There were also his painting materials. There was paint-green and yellow paint. And….. look out the window at the last leaf on the wall. Didn’t you wonder why it never moved when the wind blew? It’s Behrman’s masterpiece – he painted it there the night that the last leaf fell.” 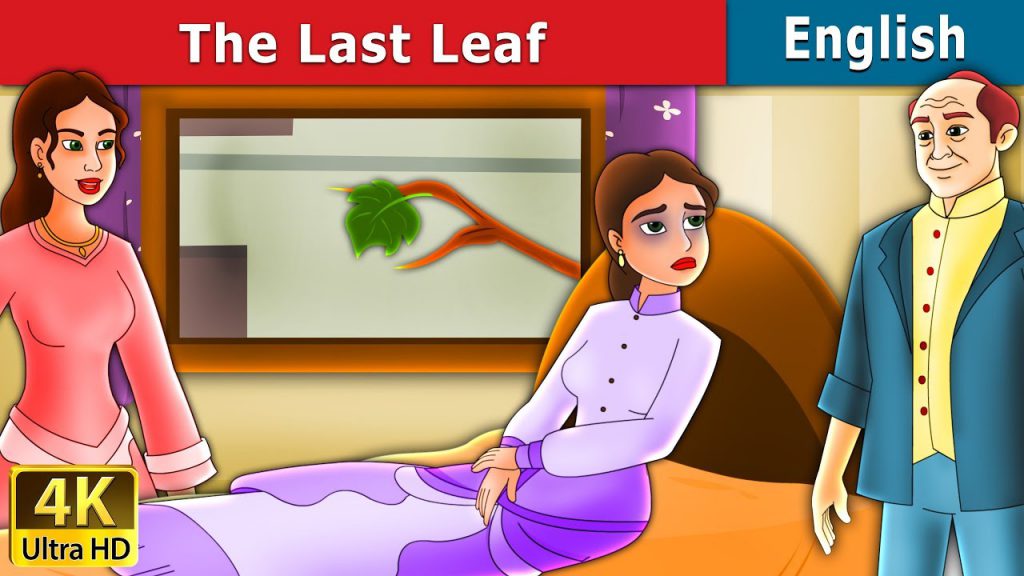 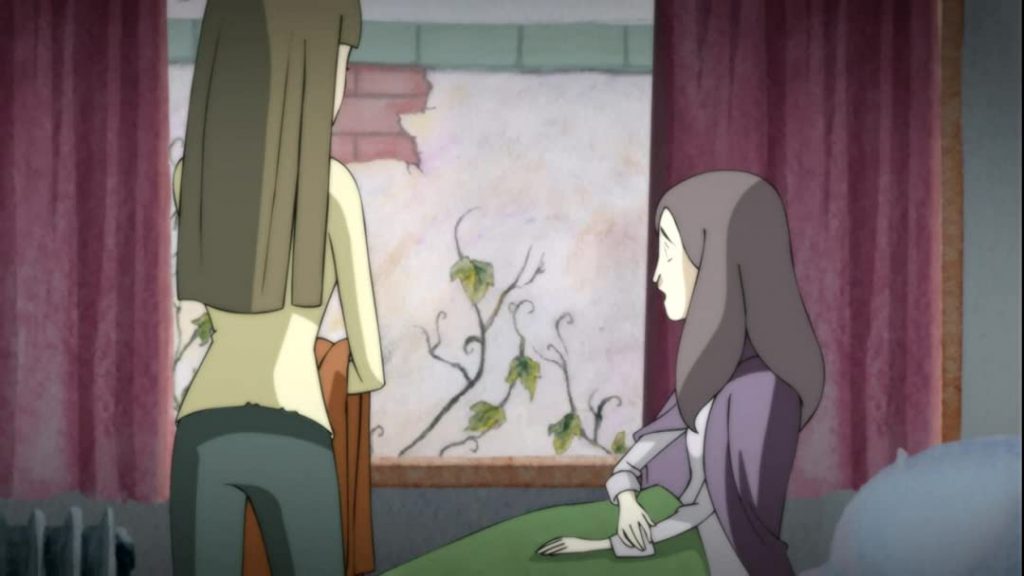 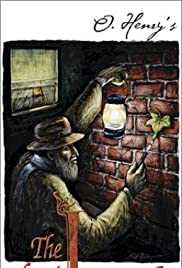 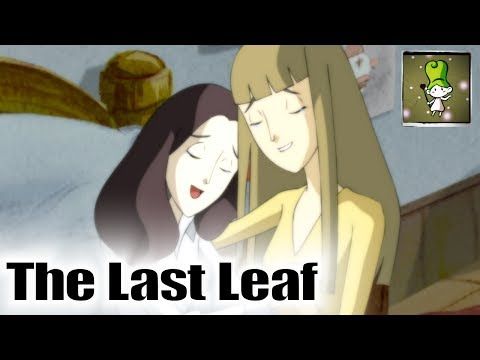